In 2012, I interviewed Ryan Steele about a film in which he’d been a part, Five Dances and about being in the cast of Newsies which was then taking Broadway by storm. He made his Broadway debut in the 2009 revival of West Side Story and went on to be in the casts of Billy Elliot, Matilda the Musical, Peter Pain Live! on NBC, the First National Tour of An American In Paris and he just completed the run of last season’s revival of Carousel. But before he booked West Side Story, Steele said he was almost completely unaware of the musical theatre world at all.

“I had so much to learn. Beyond the business side of things, I also learned a lot about myself,” he said. “I was still a teenager for most of my West Side experience. I booked West Side Story in the summer of 2008, when I was 17. I was at the age where most people go to a university and find themselves. I was figuring out who I was while having to figure out what the heck I was doing at work. It was a crazy and exciting time.”

The excitement and scale of the opportunity wasn’t lost on him either.

One thing Steele learned during West Side Story was that there’s always something more to learn.

“Your cast members can always teach you something in terms of performance quality, in terms of backstage behavior, and in terms of work ethic or the energy you want to bring into the room,” he said.

That learning continued when he joined the cast of Billy Elliot. In our conversation in 2012, Steele said, “Billy Elliot was an interesting experience. It made me feel like a grown up. I was a Swing in the show, so I had to know a dozen tracks. Every night was an exciting challenge.”

When I asked what exactly he meant by the experience making him feel like a grown up, he explained that when he was doing West Side Story, he was the baby of the company.

“Everyone treated me like the little brother, because I was younger than all the Jets,” he said. “So I sort of was that little brother to everybody and that was perfect timing for where I was in life. In Billy Elliot, I was thrown into this company of men. It was a different dynamic which was, again, perfect for where I was in my journey. I also didn’t have my own track to do like I’d had for two years, I had twelve tracks that I had to learn. So it was a lot of new responsibility that I was accountable for. No one else was accountable for me so I had to do it myself. I felt like I had a lot of help in West Side Story and in Billy Elliot, they took my training wheels off.

“I will never forget this. When I booked Billy Elliot, my friend in West Side Story said to me, ‘Okay. You’re going to be a swing so you need to know that you need to be your own biggest fan. No one is going to congratulate you after every track so you need to be your own support system. You need to tell yourself you did a great job even if it wasn’t perfect. You also need to know it’s never going to be perfect, which is a hard lesson to learn.’ So there were a lot of hard lessons in Billy Elliot which is what I meant by saying I felt like a grown up.”

From feeling grow up in Billy Elliot, next came being a newsboy in the smash it, Newsies.

“I’ve never been in a show where the entire company, beyond the cast, the entire company, wanted to be there as badly as we did,” he said. “We all loved going to work every day. We all loved signing in each day. We loved warming up and our time in the dressing room. Doing that show was really special and there was such a great energy in the building. Most of us grew up on the movie and when it was announced they were doing it at Paper Mill, we were hungry for it. I remember talking to everyone about their story the first time they heard it was being turned into a musical and everyone wanted it so badly. We never forgot how badly we’d wanted to be there. Sometimes, it happens. You forget that six months ago, you wanted to be in the spot you’re in now so badly. At Newsies, we never forgot that.”

Those period of wanting are all part of the life of an actor. Steele said he’s been pretty lucky the last few periods of his life when he’s been between shows. “They’ve come at a time when eight shows a week has been exhausting. So it’s been okay to go to dinner at a normal time, to take yoga and dance classes and not be exhausted for the show at night, and to not tailor every single day toward the show. But, after a couple weeks, it gets a little bit stressful. You’re always auditioning when you’re a performer in New York City and when you’re unemployed and at an audition, there’s a fight within you. It’s hard to hear no.” 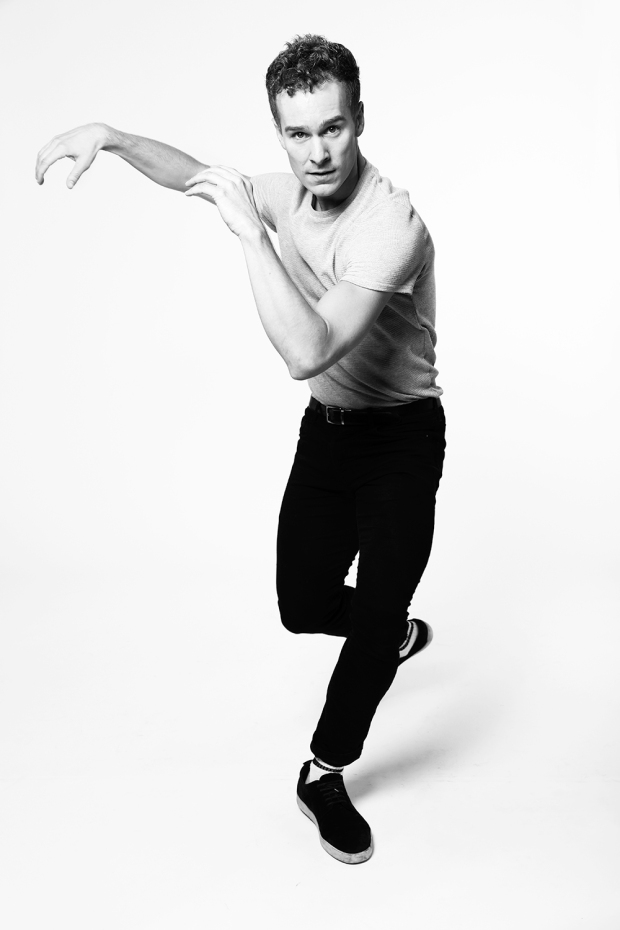 So how does he handle hearing no?

“I can always see myself in the job I’m auditioning for and when you hear no, that dream fizzles and that’s super hard. You develop a thick skin for that stuff. As a dancer, you start learning that as a kid. I did dance competitions and I got told no a lot or got told things I didn’t want to hear. It all makes you better. I realize it’s going to inform my next step and give me a little more fight for the next audition. I’m also realistic in that I know that in this business, it’s not always about how high you can kick or how good your voice is—it has to do with how tall you are, the color of your hair, the vibe in the room. There are so many things that go into hiring a performer. That also helps me not get down when I hear no.”

But even with the possibility of a ‘no,’ he says auditions can be a source of inspiration.

“I went to an audition recently where the final callback was still a really large group of people, which can sometimes be disheartening. This is the last callback and they’re hiring out of this pool and the pool is still so big. All the guys and the girls were together in one room, which doesn’t always happen, and we were doing all the combos we’d learned during the auditions and it was just the most supportive room. Everyone was smiling and everyone was dancing their asses off which was so inspiring. I will never forget that day. It wasn’t about comparing myself to my peers but rather using them as an inspirational tool to make me better.” 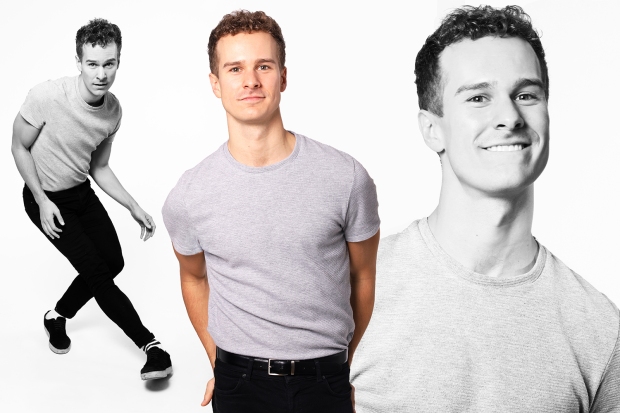 Being better also includes taking care of himself as a person and not just as a performer.

“My version of self-care is alone time. I need that time to recharge. I should be getting more massages and going to more yoga classes but I need the mental health self-care of my alone time.”

After more than ten years of living and working in the theatre, Steele says his definition of success is precisely that: living in New York City and dancing. “I feel successful because I live in the city I’ve loved since I was ten years old and I’m getting to do something that I’ve loved since I was six years old. Not everyone can say that but if I could tell ten-year-old Ryan that I am still dancing and living in New York City, he would freak out.”

Thinking back to his life in the years before he made his Broadway debut, I ask what he’d tell ten-year-old Ryan as well as the multitude of kids who have their eyes on a career in the theater?

“Do the work,” he says. “Don’t let drama at school or drama on Instagram get in your way of doing the work. If you’re really serious about it, then be serious about it. Think ahead. Think about what that extra ballet class will do for you in a year. Stay focused and stay driven and do the work.”

When it comes to the “work,” I ask Steele what he thinks about working on Broadway versus working on tour or in other theaters around the country.

“Being on tour with An American In Paris, I was in the company with a lot of people who hadn’t made their Broadway debut yet. Looking around and being on stage with them every night, it was one of the most talented companies I’ve ever been in—Broadway, Off-Broadway, regional, anywhere—and it reaffirmed my opinion that Broadway is a title and a slightly higher paycheck in a smaller dressing room. We are all trying to do the same thing. We are all trying to create art, to work on our craft, and to put on a show. We’re all there for the same reason. That’s felt the same whether I was in a Broadway contract or a regional contract. It’s about the work, not the title on the contract.

“I know people have that Broadway dream but I also want them to know if they’re doing the work in front of them and they’re proud of it, that’s all you can really ask for. It doesn’t matter if it’s in a regional theater, on Broadway, or in a community theater. We’re all there for the same reason: to put on a show.”