From dancing in The Nutcracker at the New York City Ballet to dancing on Broadway in the revival of Cats, Georgina Pazcoguin has carved a niche for herself as one of the chief talents in the business. Today, she’s standing up for the representation of her Asian culture in the iconic Nutcracker in which she’s danced so many times. She’s energized, she’s inspired, and she’s found her voice.

Previously, we’ve talked about the Orphaned Starfish Foundation, in which you’re involved, that serves over 10,000 orphaned, trafficked and at-risk children in 26 countries. You’ve traveled both to Nicaragua and Puerto Rico with the organization in the past, so I’d love to know what’s happening with the organization right now?

The organization has expanded and is reaching communities in the States as well as overseas and that includes Native American communities. A good friend of mine went to the White Earth Reservation and one of the girls there, Lilly, is going to sing and dance with me at an event on Sunday.

My next trip with Orphaned Starfish is to Brazil to visit at-risk youth in February. I’m also trying to get together the funds to make some video classes because I wasn’t able to get to Nicaragua due to the political unrest. It’s of the utmost importance to me that these young ones know there’s someone rooting for them and just because I’m not there physically doesn’t mean I’m not there in spirit.

Looking back on the shows you’ve been a part of on Broadway so far, On The Town and Cats, what was the biggest surprise of those experiences?

I was really scared I wasn’t going to be able to physically handle the load and that in doing the same choreography and show 8 times a week, I wouldn’t be able to keep myself artistically present. The most unexpected aspect was that it was far easier than I ever imagined to stay connected.

For one, the theaters are physically smaller than the New York City Ballet theater and being that close to the audience meant there was a very present communication with them. Also, the entire environment changed with each show. Even on a two show day, a matinee audience at Cats could be completely different than an evening audience. Cats also has so much improv put into it in terms of character moments that it was a never-ending exploration. Being back at New York City Ballet, I’ve brought that sense of curiosity and trying to keep things new with me. All of the camaraderie I experienced on the Broadway stage, I’m bringing that back with me too. 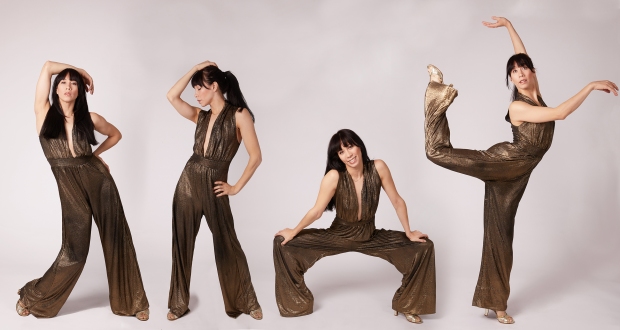 Is that something that’s been a challenge? I know you’ve been with the ballet for many years.

I’ve been in the company now for 18 years and a lot of my rep, I’ve done for 10 years. Finding the nuances and ways to connect to an audience has certainly translated from my work on Broadway to these shows I’ve been doing for such a long time. That includes the rehearsal process as well. Ballet rehearsals are so fast and in my process, I’ve enjoyed finding those fine-tuned moments of character so I can go on stage with a true idea of who I am in this piece and what I’m trying to get across in this particular ballet.

The day after we got together to take these photos, you were in The New York Times [“Toning Down Asian Stereotypes to Make ‘The Nutcracker’ Fit the Times”].

Holy cow, what a discussion starter! Phil Chan and I didn’t start this discussion, it was already happening, but we’ve asked, What if this became a national thing? A place like New York City Ballet was willing to not erase tradition, because Balanchine is important, but to adapt tradition to include all cultures and educate people in all cultures. We didn’t want to slap people on the wrists but come at it with a respectful attitude of education. This is a production that kids go to see and they are being influenced by what’s on stage. This is about how can we be better.

What have you learned about yourself this year?

This past year has been hard, I had an injury and I learned so much about myself physically and emotionally. Because I lost my voice in terms of speaking through my body because of the injury, I was able to find my real voice and what I stand for as a person. I was an outlier before in the ballet world and now I stick out even more but if the unimaginable happened and I could never dance again, it’s been really empowering to be a part of this discussion. I found my voice.

You said you felt like an outlier. Can you explain what you mean by that?

The whole brand of The Rogue Ballerina is rooted in the fact that I never fit that quintessential idea of the pretty, dainty ballerina. I’ve always had very strong opinions. I’m not meek, I’m not mild. I’m not one to be held or pinned down. Traditionally, dancers were quiet, they didn’t have a voice. You shut up and show up. Now, I feel like I’m more and more in touch with the humanity and the sacrifices I’ve made to get where I am in this ultra-competitive career.

Once I was back from Broadway and back from my injury, I took a stock of my life. I did so much work during my time on Broadway to soften and to be okay with being vulnerable. But here in the competitive dance environment, that vulnerability isn’t always viewed as a positive. I walked into New York City Ballet wanting to participate and learn and collaborate as an equal. So I do stick out and right now, I’m speaking out on this particular cultural issue. People are taken aback that a ballet dancer has a voice; that a female has a voice. I’m navigating that and I don’t know if I’m doing it as gracefully as I could but I’m not going to be rough on myself for it because at least I’m doing it.

What gets your out of bed in the morning?

I do feel like I was put here on this earth to dance. That opportunity of a new day to explore what this life of choosing to be an artist is—that’s why I get up in the morning. It’s also what keeps me up at night! It’s my driving passion. I was devastated when I was injured and didn’t know if performing would be a possibility for me. Now, I have this amazing possibility to perform again and it’s only made me fall more in love with my choice to be an artist. This is how I’m going to impact people. It’s through dance that I’m able to help these children in other countries. It’s through dance that I’m able to start these conversations about race. How amazing is that? So what else can I do, how else can I learn? Right now, I only want to learn more so I can impact more. 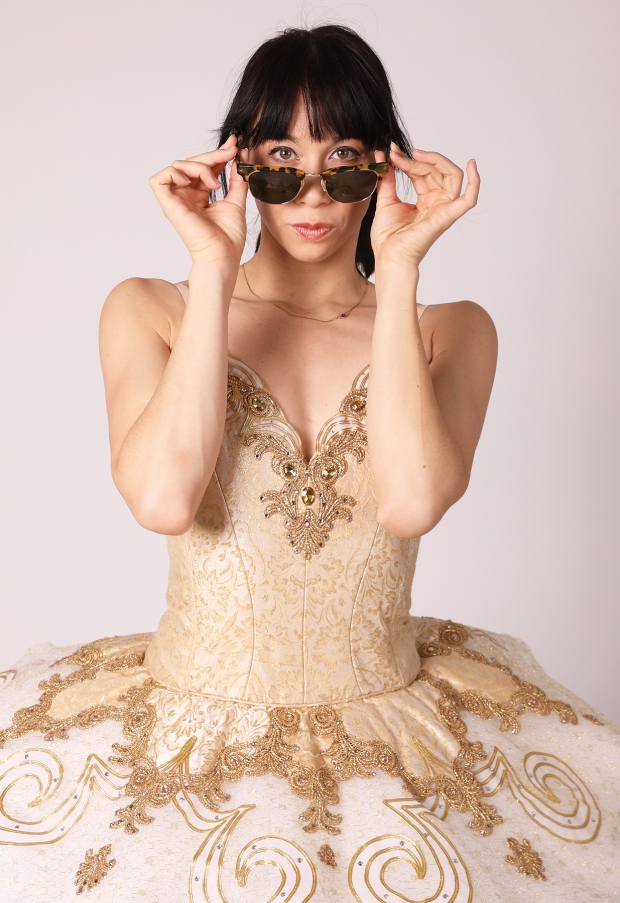