For the first five years of BLEEP, Caleb Bollenbacher wrote essays about everything from movies and TV shows to the music he loves. Today he’s published graphic novels and has even more on the way. I caught up with him to talk about the act of creating, the sacrifices he makes for his art, and the value of working with your oh-so-talented friends. 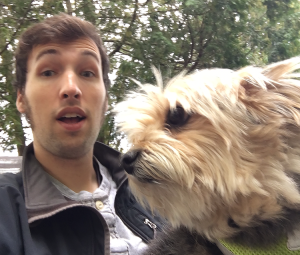 You and I are similar that we’ve always had another job on top of our creative ambitions. We are the definition of the hustle. So where are you at with that today?

I’m trying to re-figure out what that looks like for me. I remember when I was at Baylor, I sat down with one of my professors who encouraged me to go into academia because the hours would allow me to also pursue my creative endeavors. He said that by getting a pay-the-bills job outside of my field, I wouldn’t have the energy to do what I really wanted to do. As much as I’ve proven that wasn’t entirely true, some of it was. Working this job, then working that job, then going home to do the art thing is exhausting at times, but that’s what we do.

And of course, you’re a husband and a person at the same time.

Right. Engaging with human beings on top of that is a lot. And I’m not an introvert, I like being around people, but my time becomes so precious that I have to make conscious decisions and portion out my time to make it all happen. 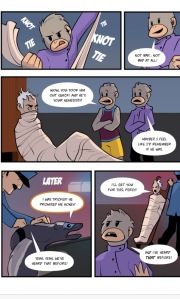 And you just went to grad school too and were creating work throughout.

Yes, being in grad school was like throwing another ball in the air. I had to pull back even further on some things because school was a lot. In undergrad, I took the max course load each semester and I felt like I breezed through it. In grad school, I was taking two classes each semester and I felt like I was drowning the whole time. I had to work my butt off to get the grades. During that time, I was figuring out how to juggle more and I’m still figuring it out even though I’m out of school now. But at the end of the day, I will make the sacrifices to do the creative stuff I love.

If you don’t mind, can you tell me what some of those sacrifices are for you?

Right now, it’s my job. I could be in a job where I would have more benefits and more financial stability, but it would also consume so much of my focus that it wouldn’t leave me time to create. It’s a gamble on myself and my art.

Okay so let’s talk about your art. Where do your creative juices come from?

I love that question. Sometimes it’s comic books; anything Brian Michael Bendis does. His characters feel like real people to me. I read it and then I want to replicate it. But the big things that get me going are movies and music. In music, I hear things in a really visual way so I craft elaborate playlists where the musicians and artists who really inspire me are there. There are special songs and sounds that get me into the right headspace. In terms of movies, they present a specific vision of a world so it’s nice to see that. It gives me something to aim for. Also, some movies just make me want to write. After I saw Perks of Being a Wallflower, my friends wanted to go talk about it but I just had to go write. It inspired me that immediately.

How do you challenge yourself as a creative thinker?

I always want to be working on stuff that’s new. If I didn’t want to get any better, I’d just write fantasy novel after fantasy novel. I like reading them, I like writing them, and when I’m doing that, it’s my world and I can set the rules. But instead of doing that, I want to do something different with each project than what I just did.

In my last two semesters of grad school, I had to do a thesis project that was contemporary and that’s not what I do at all. But I’m actually still working on it, post-school, because I like the challenge.

You’re in the middle of a project with fellow BLEEP contributor Ben Humeniuk.

I’ve been following his artwork for a while and I think he’s super talented. He wanted to do a one-off short story that’s a part of an anthology. It’s about gun violence. The project was challenging for me because under that umbrella, how do you write a story that deals with this hot button issue without being heavy-handed or preachy? I happened to lose a friend recently and while I couldn’t relate to the gun part, I could relate to the feeling of losing someone. It was fun seeing it come together and seeing how Ben interpreted it. He’s super talented. Annoyingly so.

I know there’s more on your plate beyond that too.

There is. I’m working on a couple different comic projects which is really nice. It’s a field I really love working in. I’m also trying to finish up the contemporary project I mentioned. Tyler Ellis and I are working on another project together and have begun submitting it to publishers. I’m excited about it and I think the artwork is as good as anything he’s ever done. It’s a project we talked about years ago when we first started working together. It began as a joke but has turned into something interesting. Tyler is just the best.

More important than anything else, are you happy?

Yeah. It feels really good. Grad school was the right call but it took so much of my energy. Now, it’s nice to be juggling stuff that I’m passionate about.