“It takes more strength to be honest and tell the truth than to be quiet and hold it in.”
— Anthony Evans 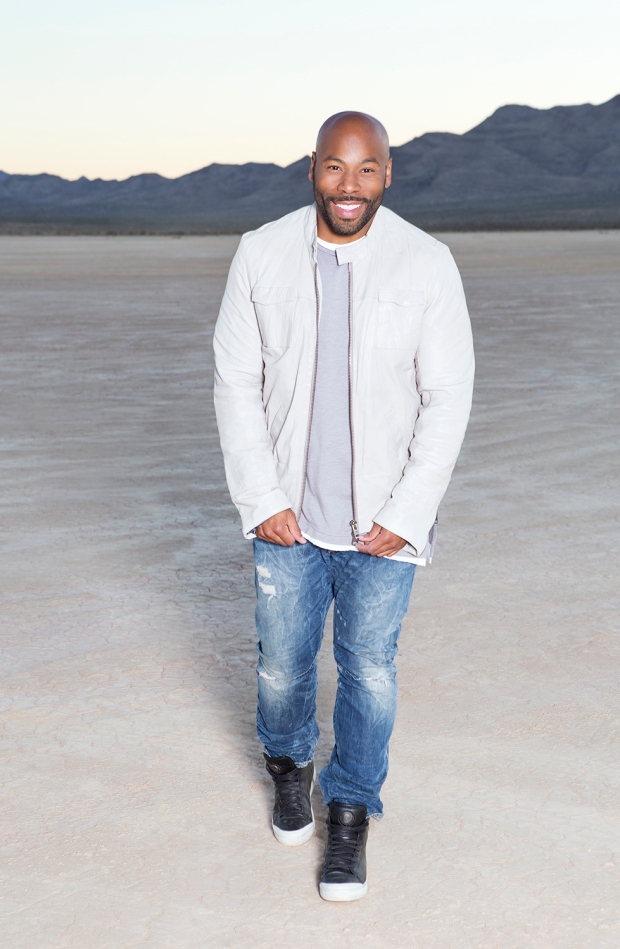 It’s been a big year for Anthony Evans. He starred as ‘Beast’ in the Hollywood Bowl summer concert production of Beauty and the Beast, he released his first book, “Unexpected Places: Thoughts on God, Faith, and Finding Your Voice,” and he’s got a new album that’s just landed. His 2017 album, “Back to Life,” went to #1 on the Billboard Gospel Album charts but his new album, “Everything Else,” stands as a departure from what he’s produced in the past.

Attempting something new musically came with a new set of challenges for the singer.

“In whatever field you’re in, trying something new stretches you,” Evans said. “That stretching makes you believe in what you’re capable of. When I was on The Voice, Christina Aguilera said to me, ‘Anthony, when I made my second album, “Stripped,” people were looking at me like What are you doing? You’re a pop princess! I was fearful but I ended up not only blazing a trail for me but for other people behind me.’ For me, in my field, though it’s different and we are singing about different things, this album is a byproduct of what she said to me years ago. Step outside of your box, choose courage over comfort, and choose faith over fear.”

Another byproduct of his embracing a new challenge? It’s redefined what success means to him.

Evans’ time on The Voice proved to challenge him in more ways than one. More than just inspiring him musically, it also planted the seeds of what would become his book, “Unexpected Places: Thoughts on God, Faith, and Finding Your Voice.”

“In that same conversation with Christina, Jewel said to me, ‘The Christian worship guy is the tip of the iceberg. I want to know what’s under the surface that I can connect with if I’m not really a church person.’ That started something in me, six years ago, to tell my stories. Then, I injured my voice in 2017 and I spent three months in silence. The only way to heal was to be completely silent without singing or talking. So, I had tons of time to think and to sit down a write.”

For someone who said they could “barely write a 20-page paper in college, much less a 200-page book,” Evans’ writing process meant taking it one story at a time.

“My initial process was to simply get the thoughts out. Once they were on the paper, I could start putting them in order and we eventually wound up with what’s in the book.”

In the book, he writes about his life growing up as a pastor’s kid, singing gospel music and his time in Hollywood. Honest and candid, he shares what he’s learned about family, love, life and pursuit of his passion. One of those things he’s learned is the importance of saying no.

“I’ve learned that wherever there’s a yes, there’s a no. I used to believe you could go sing anytime someone invites you but I learned that every time I said yes to something, there was a no to my vocal health or my physical health. All the flying and traveling is great but it takes a toll on you and I know I can’t say yes at the expense of myself. When I started saying no, I actually saw growth in my career as well as growth as it relates to my vocal health.”

Apart from his vocal health, he adheres to a three-part approach as pertains to his own self-care. The first is that he spends plenty of time with his family. (“When I get with my family, I don’t have to turn anything on. I can just be me.”) The second is counseling. (“Because of things I went through and that I write about in the book, I’m a big proponent of counseling. It takes more strength to be honest and tell the truth than to be quiet and hold it in. That’s really what the book is about.”) The third is his investment in physical health, something he says is less about looking a certain way and more about feeling good about himself when he’s going about his day.

With a new album, a new book and a slew of concert dates coming up, Evans has a lot to feel good about. And for whatever may be next, Evans says he’ll do as he always has—rely on his faith for what’s to come.

“My faith runs my existence,” he said. “Without faith, I’d be a depressed mess because I’d be without hope. Even on this album, there’s an undertone of hope.”