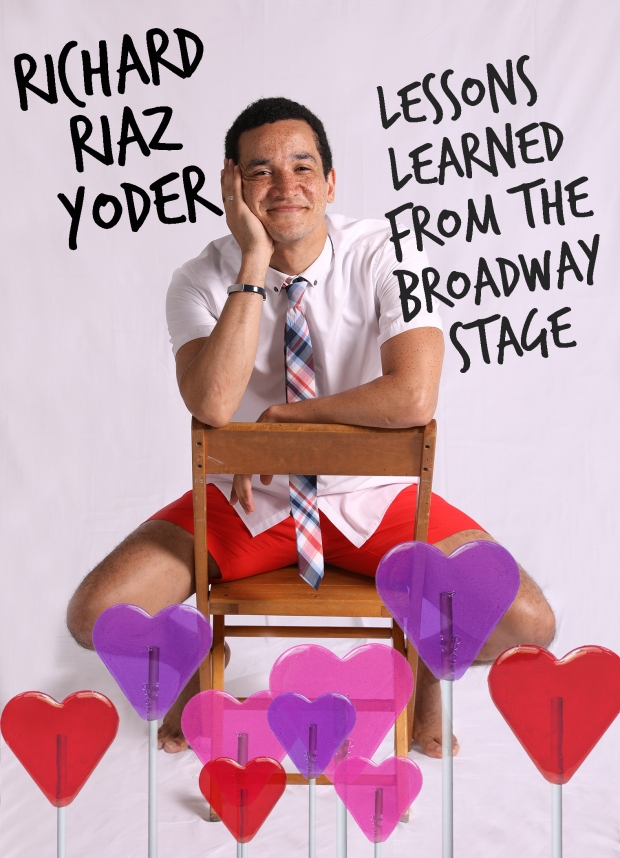 “My first gig was working at a theme park in Oklahoma called Frontier City. It was my first time making money performing so I was completely hooked. I got to do something I love and got paid for it, amazing! One thing I learned was not to bring offstage drama onstage. One day someone said something to make me angry and I brought it with me onstage and didn’t really perform. The dance captain said, ‘I understand why you are angry but don’t ever bring that onstage.’ Lesson learned.”

That was the first of many lessons Richard Riaz Yoder would learn as he charted a career in musical theater. From his start at Frontier City, he is currently dancing on Broadway in the mega-hit musical Hello, Dolly, a show that has taught him innumerous things about his industry and himself.

“This is the longest show I’ve ever been in,” he explained, “so what I’ve learned is the importance of the upkeep of my body, money management even more than I normally do, and how to make sure I do things during the day that will help me get through the show. If I don’t go to the gym or take a dance class, it makes doing the show harder.” 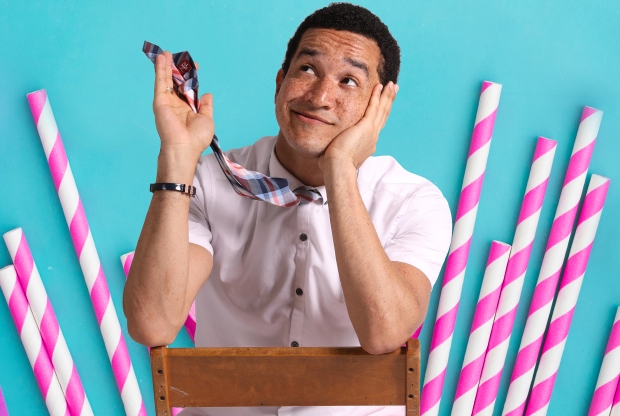 More than just the physical aspect of dancing on stage eight times a week, he’s also learned he has to take care of his inner artist as well.

“You have to make sure you get your artistic outlet somewhere,” he said. “Being in a show and doing it every day can be wonderful, but it can also be monotonous. I have to make the effort to go out and create stuff, to learn new instruments, to take classes. A lot of people, when they’re in a longer run, can get down and don’t feel fulfilled. So I took an improv acting class which I’d never done before, I’m playing guitar more than I had before, I’m taking dance classes and voice lessons—I’m doing as much as I can to keep my creative brain going.”

Yoder has had the privilege of working with some of the biggest names in all of Broadway, a list that includes Kristin Chenoweth (On The Twentieth Century), Audra McDonald (Shuffle Along) and Bette Midler, Donna Murphy and Bernadette Peters (Hello, Dolly). He said that while they are all different, the biggest takeaway he gleaned from working with each of them was to be himself and stick to his own path.

“They are (at least to my eye) very confident in their own skin and unbothered about what people think of them or letting the little demons in our heads get to them. Another thing [I learned was] to stand tall and stand strong. Some of these women are very short but have the power to fill a room with not only their voices but their presence. Don’t be afraid to be who you are.” 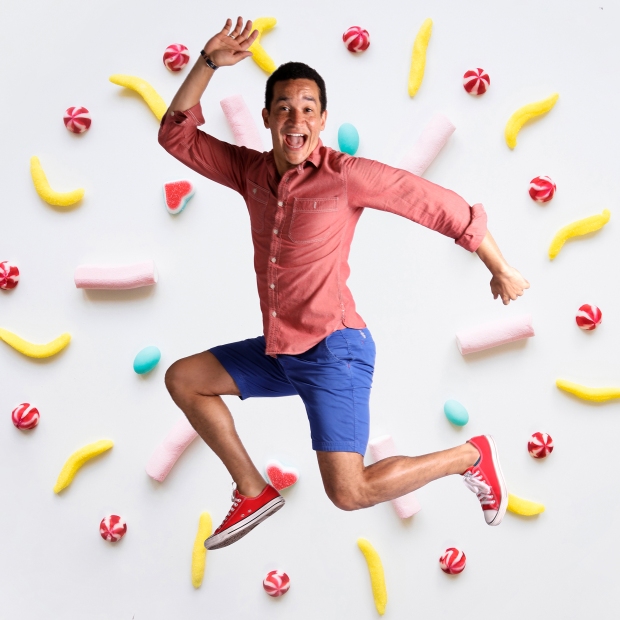 Before Dolly, Yoder found himself sharing the stage with many of Broadway’s finest all at once in Shuffle Along. Audra McDonald, Brian Stokes Mitchell, Billy Porter, Brandon Victor Dixon and Joshua Henry led the cast, something Yoder says was an amazing experience, but it was his director, George C. Wolfe, who truly pushed him to become a better actor.

“He doesn’t like anyone fading into the background,” Yoder said of Wolfe. “He doesn’t want you to be just be an ensemble member, he wants you to be a full-fledged character the entire time. One of the first days we had rehearsal, he took every ensemble member and swing and talked to each of us about who he thought our character was and then asked us who we thought our character was. Why did we feel they should be like that? I’ve never had a director do that before. It was so beautiful and freeing. I felt like I had a voice and I’d never felt like that in a show before.”

Shows can go by extremely quickly, that’s something Yoder learned during his Broadway debut in White Christmas, but he also learned that the Broadway title “isn’t this magical thing. It’s a wonderful job and I feel very lucky having been able to make a living doing it, but at the same time, it’s a job. It’s a job just like any other theater on tour or around the country. Jobs come and go and when it ends, you have to pick right back up and find something else.” 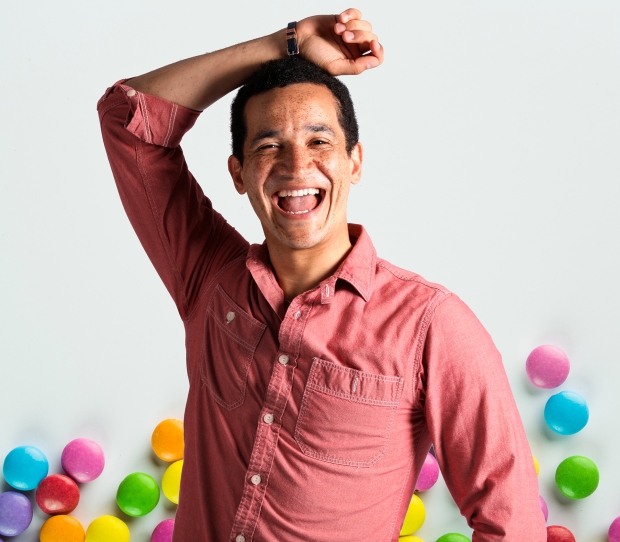 That process of picking back up and hitting the auditions again is part of what makes acting such a tough career. For Yoder, he’s learned a couple ways to stay focused. The first is his friends, people who he says are always working on other projects and that drives him. The second is to remain measured with social media. “I think it’s good for promoting yourself and we have the ability to let everyone see us at once, but if you get too wrapped up in it as opposed to the artistic expression you’re trying to create, it can be bad for you.”

The third is to not compare yourself to other people.

“It’s so easy to do that,” he says. “I thought by making my Broadway debut at 26 that I was really late in comparison to other people. Before that, I’d think, ‘What am I going to do? All of these other people have all of these Broadway shows and I don’t,’ and while I am very proud of the work I did before being on Broadway, I felt like I couldn’t compare. I remember going in for the EPA for White Christmas. I went in, sang my song, and as I headed home on the train, someone told me, ‘Oh they already cast that so you’re probably not going to get it, but it’s good you went in.’ That really got to me but I just told myself to do the best I could and I ended up getting it. Don’t listen to other people. Unless they’re giving you constructive criticism, I don’t find the need to take in other people’s opinions of what I do too much.” 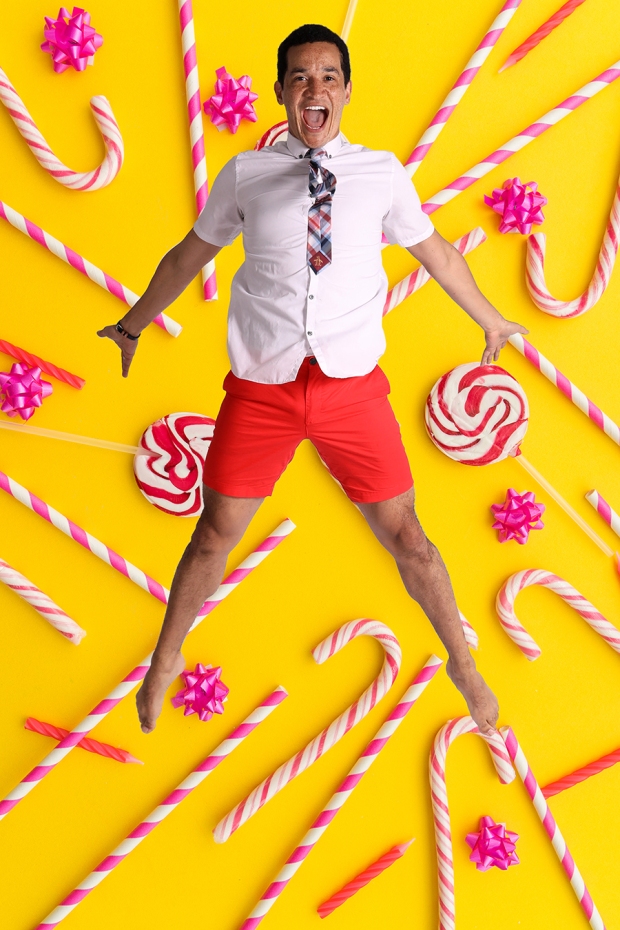 At the end of the interview, I couldn’t help but tell Richard how much Hello, Dolly means to me personally. As my favorite musical since I was a kid, I confessed to having tears stream down my face at many points in the show and I mentioned how incredible it was to me that something as simple as the ensemble walking onto the stage during “Put On Your Sunday Clothes” sent the audience into rapturous applause.

“It’s hard to get through shows sometimes and one day, I looked out in the audience and saw a man just bawling while looking at us singing ‘Put On Your Sunday Clothes.’ It reminded me of while we were in rehearsals, they were talking about why ‘Sunday Clothes’ is so important to so many people,” Yoder said. “One of the reasons they wrote it was to be proud and to not be afraid of putting on something that may not look like everyone else. Your ‘beads and buckles and bows.’ Seeing that every day, I know I’m here for that person.”

“There was a woman in the front row yesterday and she looked like she was having the best time ever,” he continued. “So I check in with those people throughout the show because maybe it’s their first time seeing the show, maybe they had a terrible day and they’re coming to see this show. It’s my job not to just perform on stage, but to do something for those people. It’s a joy.”