Isis King got her start as a model when Tyra Banks saw her in the background of a photoshoot for America’s Next Top Model and encouraged her to audition for the following season of the hit show. From that launching pad, Isis has become a multi-hyphenate: model, designer, actress and motivational speaker. She talks to BLEEP about her start, what she’s doing now and where she’s headed.

You landed on America’s radar through Reality TV, but there’s far more to you than the moniker of “Reality TV star.” You’re a working model! How do you keep shoots from becoming business-as-usual? How do you keep them fresh?

Lately I have been using wigs to keep if fresh, to create new images that are different for me! I moved to LA last year and shaved my head for acting auditions and that really opened up the door for me to create different looks without being afraid! Also whenever I get the chance, I love to collaborate with friends, I find that it creates an easy breezy environment that doesn’t feel like work. That is where the magic is made.

What your thoughts on the current state of the fashion industry are as pertains to inclusion and representing all people? What’s being done right and what needs work?

I feel that there has become more awareness to inclusion this past few seasons in fashion. I love seeing more black, Asian, Latin, curvy, and trans models on the runway. Rihanna single handedly turned it with Fenty Beauty, let’s be honest. Women are speaking up, enough is enough, everyone deserves to see themselves through TV, advertisements, and runways. That being said, we still need more.

You went from living at the Ali Forney Center for Homeless LGBTQ youth to being a working model. With all the changes you’ve seen in your life, what’s something about yourself that has never changed?

The hustle, the struggle, the uncertainty of it all. I have been pursuing acting for 8 years and have put that as my focus over modeling for the past few and it’s been tough. It’s also the reason I moved to Los Angeles last summer. In this age of social media flexing, no one talks about how hard it is to really make it, then stay there. Especially as a black transsexual woman or man, you have to constantly fight the odds for your dreams to manifest into something magical.

You’re more than a model too! You’ve acted on The Bold and the Beautiful and Shameless. How did being a model prepare you for acting?

I would say that they both go hand-in-hand with creating a character, then staying the character the entire time the cameras are on you. I love acting because it will always be a challenge. With modeling, I step out there and no one can tell me I am not fierce or that I don’t have the best walk. I turn into the diva, I’ve conquered it. Acting challenges me, and that’s why it has become my focus. 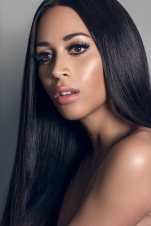 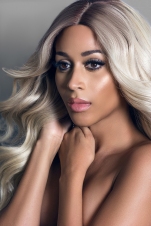 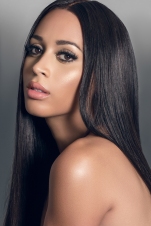 What’s been the biggest challenge when it comes to breaking into acting?

I’ve been on 3 reality shows and I would say the biggest challenge is trying to get people to see me beyond being a reality star. It is hard sometimes because of the stigma of being a “model-turned-actress.” But after going to the Philippines six years ago to shoot a indie film, I told myself that no matter what, I would show the world that I’m serious about acting.

Well you’re not just an actress either. You’re an outspoken advocate of equality. How are you using your platform to bring about change?

Normalizing transsexuality by just living my life and following my dreams is there best way I can bring about change. Having a big smile, being me, acting silly, and having an open heart. By living, and engaging the people around me, I show them that there is nothing to fear or turn judgement against. We are all human beings first, no one should be treated differently because of who they love or by living their lives authentically.

What’s your advice for people who maybe don’t have such a public platform for bringing about change in the country/world?

I would tell them to continue to fight. Every voice counts. Love freely, be bold, and be honest to who you are. Life is too short to not be happy. There are organizations in every town so find like-minded individuals to amplify your voice and perspectives, and remember you are never alone. 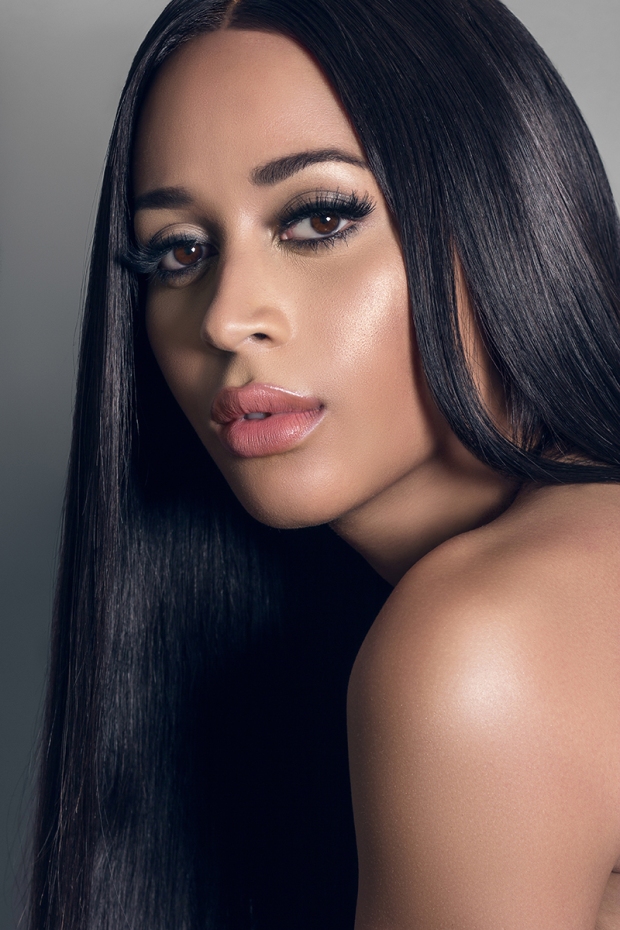 What’s your dream for your life?

My dream is to just be happy. To have a long, healthy life of success, happiness, and hopefully love and family. I just want to find stability in the arts, and to enjoy what I’m doing. Knowing that I can also take care of myself and family along the way – that is my dream.

I just started intensive acting techniques classes here in Los Angeles in preparation for pilot season, so hopefully for me a series regular role in a dope ass television show would be next. I will always be known as that timid little transsexual contestant on America’s Next Top Model, but beyond that I’m a grown woman now and want to show the world these acting chops! Roles for transsexual women are starting to pick up, you have Cotton on Fox’s Star, and the new show Pose, so a change is happening. Roles are being created and I want a slice of that pie. Also I’m not one to wait. I have teamed up with my friends Arisce Wanzer and Brandon Smithson to work on a new web series called FishTank which is a play on me and Arisce’s real life dating experiences as two out transsexual women. It should be out soon!