Is Callan Bergmann the busiest performer on Broadway? He just might be. Currently a swing in the hit revival of Cats, he covers as many roles as cats have lives. I caught up with the Cinderella and Pippin alum to talk about the life of a swing in such a big show and how he fell in love with dance.

You’re a swing in Cats. How difficult is that?

It is really hard swinging Cats. It’s not like normal shows where you have a few big production numbers and then you have some time off stage and a scene here and there. You don’t have any time to look over your notes so you kinda have to know your show from top to bottom. I swung Cinderella on Broadway and I remember between numbers looking through my notes when I was unclear on a number. But with Cats, you have to be so prepared with your show when you’re going on that day. It takes a lot of preparation when you go on.

So how do you prepare then?

A lot of hard work. We rehearsed for six weeks and had a long tech process and previews. I’ve watched the show many many times. I’m always very diligent to focus on one cat each time I watch the show. I try not to watch other cats because it gets confused in your mind. I sit in the audience and I take notes on the one cat. Then I have pretty specific notes for that one cat and when I know I’m going on for that one, I can review everything or I’ll skim through the videos of the show. 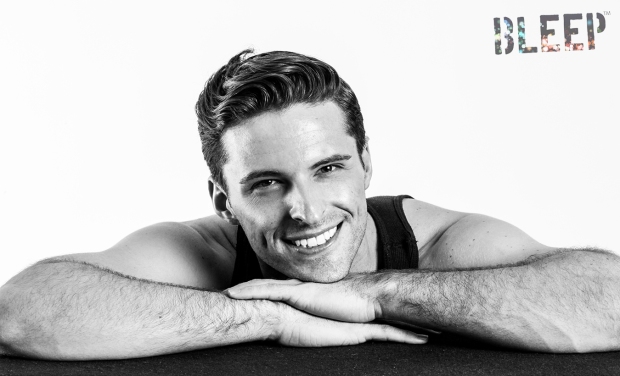 How many tracks do you cover?

Wow. I imagine you get to go on often because it’s such a demanding show.

Yes, it’s a crazy show. It’s hard on our bodies and it’s easy to get sick. I have been on a lot. One of our cast is on medical leave right now and I’ve been going on for him almost full time.

When were you bit by the dance bug?

I was a late bloomer when it comes to dance. I started when I was 18. I did gymnastics when I was growing up and so I had the flexibility and the body awareness. I decided to go to college for musical theatre and knew I should get into dance classes. Then I fell in love with it. I worked my butt off to become the best dancer I could.

What got you from there to Broadway?

I give a lot of credit to my college, Point Park University for honing my skills. I grew up doing theatre as a hobby; I never thought I would do it professionally. When I got to college, I needed to be refined. Point Park really did that for me.

What else do you have on your plate?

As a swing, Cats has consumed my life for the past few months, which isn’t a bad thing. I’ve been focusing on Cats but outside of that, I like to teach dance. I have connections with studios around the country and I love to travel and teach kids about the love of dance.