Stephen Kramer Glickman is no stranger to high-profile projects. From “Workaholics” on Comedy Central to “Big Time Rush” on Nickelodeon, he’s been making audiences laugh for years. Now, he’s a part of the A-List cast of the new animated comedy “Storks” releasing this month. We talk to the comedian about how the process of making “Storks” challenged him and what it was like to finally see the film after working on it for so long. 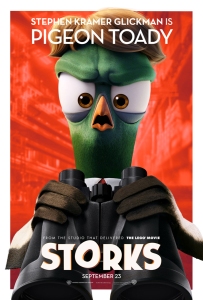 What was your first memory of wanting to be a performer for a living?

At four years old I figured out that if I danced around with my great grandmother’s cane, everyone would laugh. Then at five years old, my grandmother would play the piano and I would sing for my whole family. I knew then that all I want to do in life is entertain people. I have wanted to do this my whole life.

What sets “Storks” apart from other animated comedies this fall?

It’s heartwarming, fresh and incredibly funny. This movie really focuses on bringing families together with laughter instead of trying to break your heart.

How did working on “Storks” challenge you as an actor in a way you haven’t been challenged before?

With “Big Time Rush” on Nickelodeon, I would shoot an episode and then a few months later I would watch it on TV. With “Storks” I would perform a scene and then a year or so later I would see it in context. The biggest challenge for me was the waiting, but I’ve seen the movie and it was sooooo worth the wait! It’s absolutely gorgeous.

How have you been able to bring your improv work into your more structured acting gigs?

Nick Stoller is really into improv. We would do the scene as written and then mess with it until Nick was laughing his face off. The only other time I’ve been allowed to improv like that, was on the set of “Workaholics” on Comedy Central. That set was bananas. 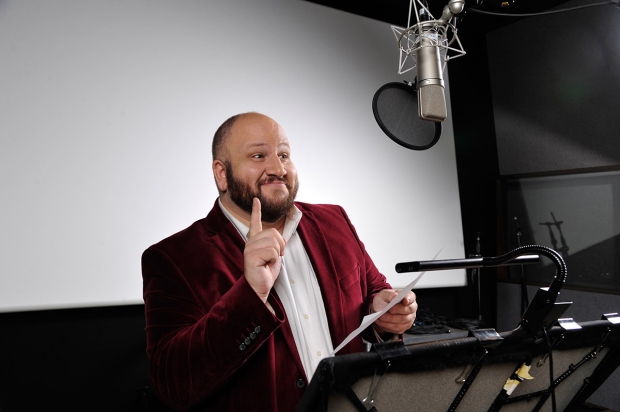 Big Time Rush had a passionate fan base. What’s it like being a part of something to huge?

It was life altering. I went from a regular stand-up comedian, to a guy kids wave at on the street. My Rushers are the best fans on earth. They are super supportive and all I want to do is give them more hilarious entertainment to enjoy. That’s my goal.

This movie is the biggest thing I have ever been a part of. Andy Samberg, Jennifer Aniston, Key & Peele, and Kelsey Grammer are incredible in this film and getting to share the screen with them is outrageous. After the film comes out, I will be out pitching my oddball talk show “The Night Time Show” and I will be pitching the scripted sci-fi series I wrote with Jon Schnepp and Mike Black. I honestly just can’t wait for the world to see “Storks”!

“Storks” is in theaters on September 23rd!