Visionary director Baz Luhrmann has already left an indelible mark on the cinematic landscape and now, he’s set his eyes on the small screen. “The Get Down,” his passion project set to debut on Netflix, is a mythical interpretation of the beginning of hip-hop in Brooklyn, New York. I caught up with actor Tory Devon Smith to talk about the series, what he learned from Luhrmann and how he’s constantly honing his craft as an artist. 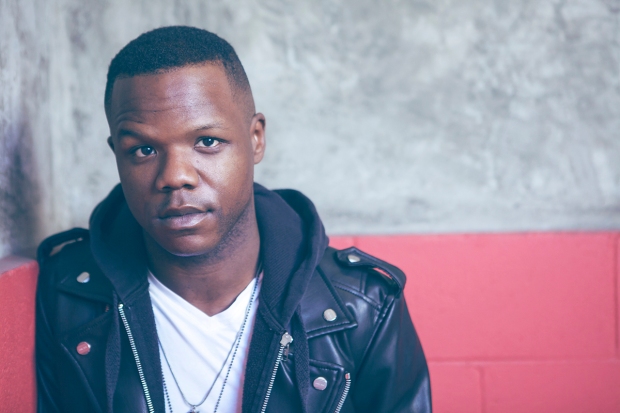 What surprised you the most about working on the show?

How exciting it was to connect to every department of the show. There wasn’t a lot of prep time for me so I talked to people on the set who were around during that time period. Other people on set really helped me figure out the era of the character.

Watching Baz, this prolific director, work was surprising in that he is incredibly easy. He’s a coach, he’s funny, and he allows the actors room to explore the characters beyond what’s on the page.

What did you learn from working with Baz?

Every single portion of filmmaking matters. He would direct the extras to the point where he would tell them they had a story and a reason for being there. Every portion of filmmaking is important. It’s a rod of inspiration from the people around you. He’s a true visionary. Also, working with Netflix, they are more open than a network is. On network, there’s more pressure because of ratings. With a show like this, art can live out in the world. It was exciting to work in an open space where you’re allowed to do almost anything.

Outside of working with such a great director, what was your biggest takeaway from this experience?

I never had a lot of prep time on the character so I learned to just dive in. It’s teaching me how to perform better on film. In theater, you have more time in rehearsal and the ability to prep to delve into the work. With film, it’s really quick, which means what you’re performing is the most authentic. Each take was a different exploration for me. My role isn’t incredibly large but he gave me room to play and build.

How do you stay creatively fulfilled when you aren’t on set?

I watch a lot of great cinema and TV. That really keeps me motivated. I love watching interviews with other acts and creators. I love theatre and I read great plays constantly. I study my art.

Beyond entertainment, what do you hope audiences take away from the show?

I want audiences to know how much work went into it. On a set with Baz, there was no room for error and everything was top notch. We knew we were making something special. I only know the story from the episodes I was in, but reading it, I was so intrigued by it! Everyone is pristine from the actors to the costumers to the people who did the hair. It’s a total experience.

For more on Tory, head over to http://www.torysmith.org