Television may be my one true love. Sure there are people I love and places I love, but as Karen Walker so deftly stated, “You are never closer to God than when you’re on television.” While my TV claim-to-fame may be singing in an acapella ensemble on a local access channel in Arkansas, I love the stories and characters on my TV and laptop every night.

TV reaches its apex each year with the Emmys, meant to reward and highlight the best of the best. In recent years, there’s been cause for conversation about which show is the best, since TV has become the go-to place for compelling narratives, complicated stories and sensational performances. I was in LA recently and the city was covered in “For Your Consideration” billboards, which got me thinking. If I were responsible for the Emmy nominations, out of all the shows I watch (of which there are dozens because I’m a TV-aholic), what shows would make the cut. 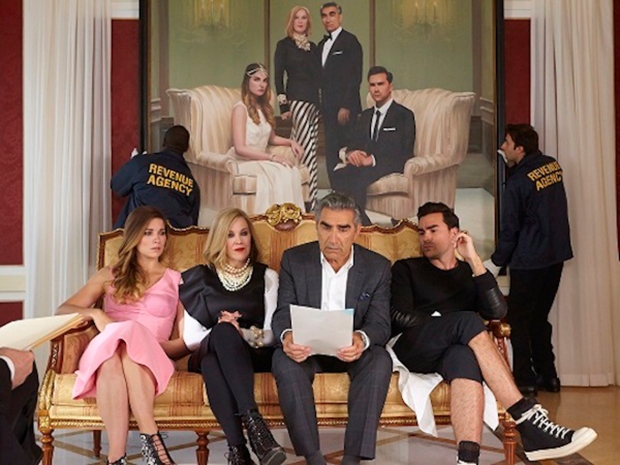 For Comedy, my votes would go to “Schitt’s Creek,” “Grace and Frankie,” “Playing House,” “Veep,” “Girls” and “Difficult People.”
I put “Schitt’s Creek” at the top of the list and the sad fact is that most people in America don’t even know it exists. It’s a smart and funny show featuring two comedy legends, Eugene Levy and Catherine O’Hara, but because it lives on Pop TV, it gets overlooked in the States. However, at the Canadian Screen Awards, it won a slew of awards including Best Comedy and its quick wit and sharp characters deserve to be recognized here and everywhere. Not to mention Dan Levy (yes, Eugene’s real-life and on-screen son as well as co-creator of the series) is a breath of comedic fresh air. He’s wickedly funny as well as bringing heart to his snobbish character who has a penchant for designer clothes.
Another show that’s criminally unknown to many is “Playing House.” Hop on over to USA and take in the first two seasons. Lennon Parham and Jessica St. Clair are the quickest duo since two girls named Gilmore and the ensemble of characters assembled make each episode sizzle. It’s “Bridesmaids” meets “Father of the Bride” meets “Modern Family” and it’s fearlessly funny. 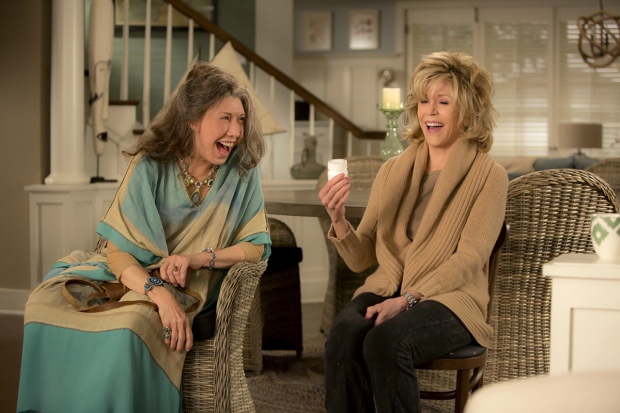 Some people struggled with getting into “Grace and Frankie” because of the weighty subject matter at the beginning, but that heavy tone serves as a springboard into a show that becomes funnier and funnier as it goes on. Both Jane Fonda and Lily Tomlin are embodying characters who aren’t seen on any other show, which I think is a tremendous win not only for them, but for the comedy genre in general. For too many years, the fat guy/funny wife motif ruled prime time and I’m thankful that characters with age, heart and experience are able to shine. 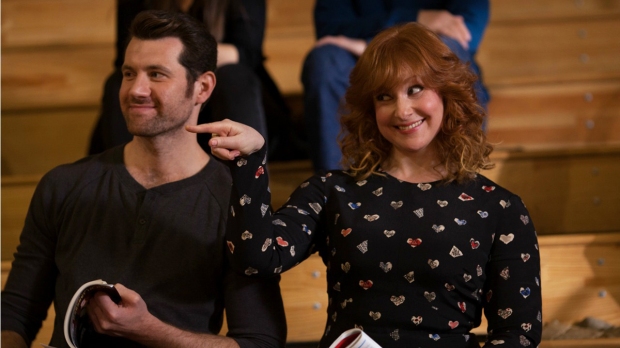 I’m also still at a loss for why more people aren’t making a bigger deal over “Difficult People.” Perhaps because it’s on Hulu and not on Netflix? Regardless of where it airs, it is non-stop acerbic laughter in situations that would make even Larry David cringe. Billy Eichner and Julie Klausner vocalize every horrible, selfish, politically incorrect, offensive and hilarious thing New Yorkers think on a regular basis and they do so while remaining characters we are rooting for.

“Veep” and “Girls” are veteran shows, but they both had their best seasons to date last year. “Veep” makes me laugh harder than any show on TV. It’s a guffaw-inducing show that skewers, parodies and personifies the inherent comedy of the American political system. “Girls” has begun to expand its worldview outside of the 20-something privileged female gaze, which has made it more relatable and resonant than ever to people outside of that base. While I’ve enjoyed the show since season one, this past season felt fuller and more rooted in a larger, more real, New York. 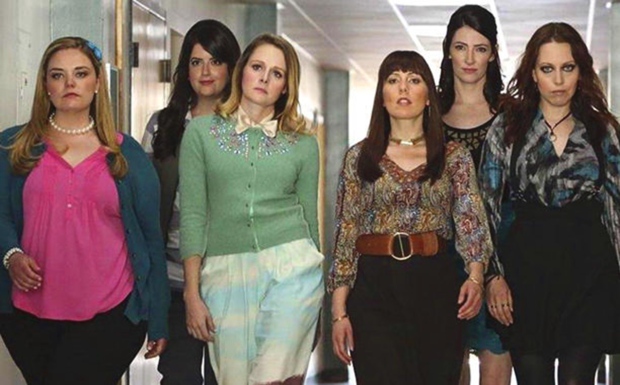 I know those won’t be the nominees because that’s just how the world works. Being honest, “The Middle” is my favorite show each week, but it slides under the awards radar, even though its viewership is consistent and it’s been on the air for years. “Modern Family” is as sharp as it has been, regardless of what critics may say about it, but there are too many new players in the field bringing their A-Game. “Unbreakable Kimmy Schmidt” is super funny and it will rightfully land on the nominations list, but to me it’s ultimately is a companion series for “30 Rock,” which has already won every accolade. Another Netflix hit, “Master of None,” might make the list too, which would be a nice addition in that it was the most pleasant surprise of the new shows this season. It’s a funny and thought provoking that actually has something to say about the world we live in. “Crazy Ex-Girlfriend” shines most in its musical numbers but the attention should really be on Rachel Bloom, the show’s creator and the mind behind the music. I think “Broad City” is too hot and cold for voters looking for consistency as a season of work, but when it’s on point, there’s nothing funnier than Abbi and Ilana making their way through New York. Lastly, shows like “Superstore” on NBC and “Teachers” on TVLand are consistently funny and smart, but don’t have the scale of viewership or the buzz to let them bubble to the top. 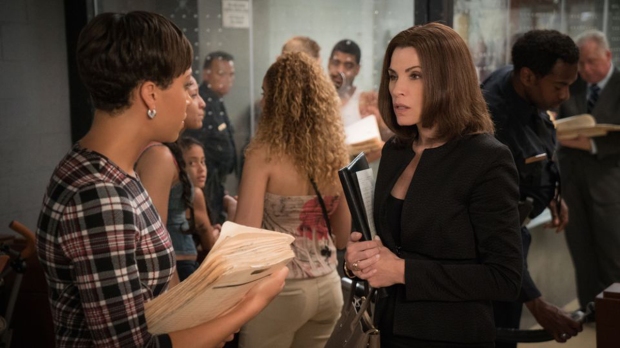 I have said it every season it’s been on the air, “The Good Wife” is the best drama on TV. Nothing else comes close to the grounded reality of the show and the way the creators allowed the show’s drama to remain rooted in realism. Everyone brought their best to the table from the cast to the crew, and the story was as compelling in the first episode as it was in the last. 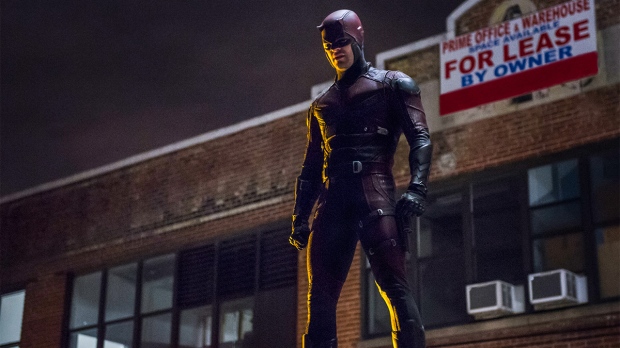 “Daredevil” and “Mr. Robot” fall into that zone where fantasy and drama meet, but the award went to “Game of Thrones” last year and before that, it went to “Lost,” proving it can be done. Both are dark, slow-burning shows that deliver in grand fashion at the end of the season. Their worlds are full of complex and fully-formed characters who make their stories fascinating to watch unfold. Many people are heralding the work of “Jessica Jones,” and that praise is not unfounded, but I think it’s “Daredevil” that truly slices through the muck of sub-par network superhero shows and crafts something delicately unhinged and edgy. 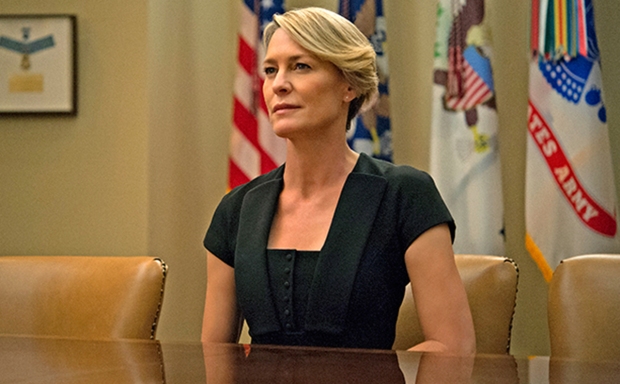 Robin Wright in “House of Cards”

Speaking of complex characters, “House of Cards” has deserved the win for a few seasons but I think voters were reluctant because it was the first big streaming show. Get over it. It’s still the show people drop plans to binge on and Robin Wright is a force of nature, the likes of which the medium rarely sees. It’s showed signs of wear, but it remains a show I look forward to diving into and living in the Underwood’s world for 13 hours. 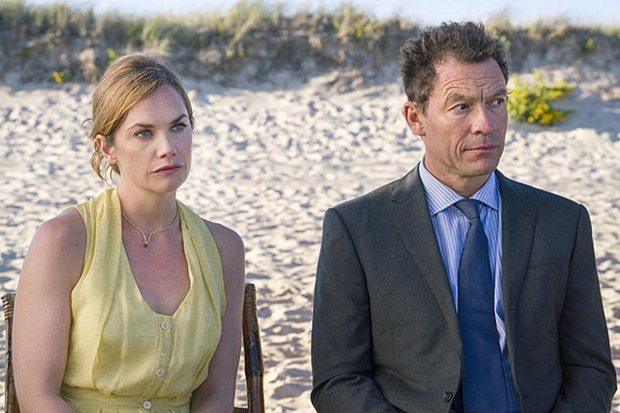 “The Affair” is perhaps the simplest and most straight-forward storytelling of the potential drama nominees, but it’s that simple format that draws me in each week. It’s a person-to-person drama in the way “Mad Men” was and it doesn’t need any bells or whistles to make you feel deeply. There’s something to be said for that.

“Game of Thrones” is consistently grand, and its fans are rabid. I just don’t enjoy it as much as some of the other fantasy shows. “Penny Dreadful” told an evocative story with some of the best actors around, but it, like “Orphan Black” land in that fantasy-esque category that tends to only makes it into the big nominations when the viewership is too large to ignore. Plus, “Penny Dreadful” had a short season and ended with such an abrasive halt that it’s hard to see it landed in the top spots. It’s ballsy to end a show without informing your audience they’re watching a series finale, but for me and for friends who also watch it, it ended too abruptly and wasn’t in line with the tone of the rest of the series. Sorry. 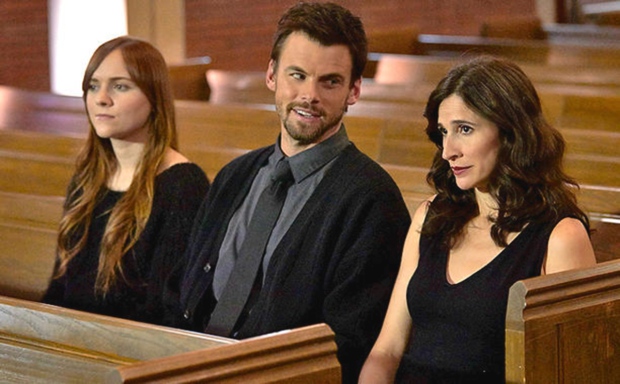 There are three other shows that deserved to be mentioned, I just don’t know where they belong. It’s a phenomenon of the current TV landscape: the dramedy. “Desperate Housewives” was the first show in this modern era that didn’t really fit anywhere. It was placed in the Comedy category but ultimately, it sat in the middle of the Drama and Comedy camps. This year, those shows are “Baskets,” “Transparent,” and “Casual.” Each beat to the drum of an indie film, each are rich with characters that bring comedy, hurt and heart to the world they live in. They’re also not high concept shows. They are approachable and current shows telling stories that reflect today’s culture. 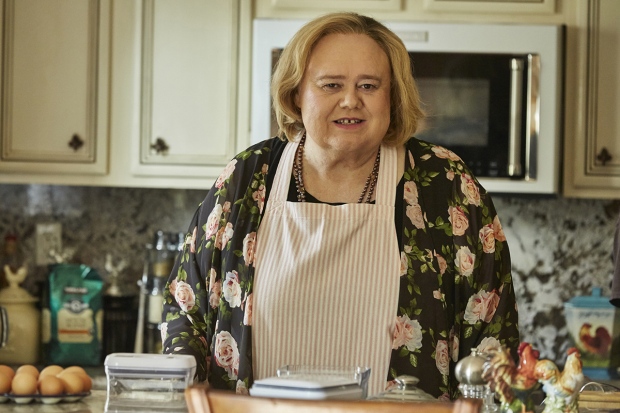 Just as Jeffrey Tambor deserved every accolade for his portrayal of Maura on “Transparent,” I believe Louie Anderson deserves a trophy for his portrayal of the mother on “Baskets.” It could have gone in the direction of shtick, but it’s a performance more understated and grounded than any other on TV.

Ultimately, I love television. It’s my favorite art form. All of the shows on TV have ultimately won already because they made it to the air in the first place. But, those that are making bold choices, telling new and compelling stories, and making us think in new ways – those deserve little gold trophies so that their message will spread to a larger audience.