On Manhattan’s gilded Upper East Side, a young painter played by Jonathan Gordon finds the man of his dreams in an older pianist from across the globe, played by Haaz Sleiman. “Those People” opens a window into upper crust, young Manhattanites struggling to find themselves amidst a myriad of moral and emotional choices that are relatable wherever you’re from. We caught up with Jonathan and Haaz to talk about the film and the importance of independent movies. 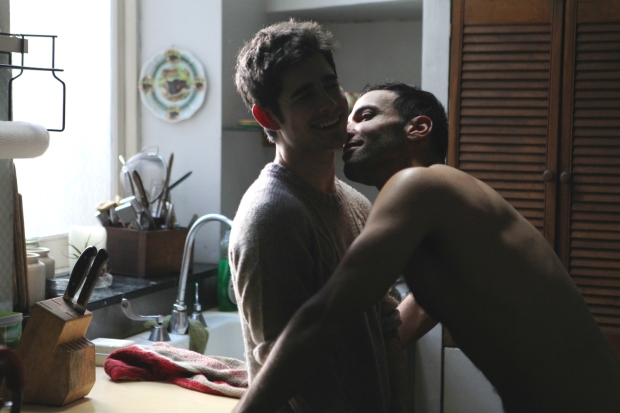 How did “Those People” challenge you as an actor?

Jonathan Gordon: Working on “Those People” was by far the most time I’d ever spent in front of a camera – prior to the shoot I’d only acted in projects that required a day or two of shooting – so in many ways the film was a crash course in film acting. The challenge came from developing a process that could accommodate the controlled chaos of a film set. It’s something all actors come up against, I imagine, especially those who have a background in theater, as I do. It was a scary experience because in many ways it was a trial by fire experiment in figuring out what works on set and what doesn’t. But it was also thrilling, because it often felt like I was getting to discover acting all over again.

Haaz Sleiman: It was important for me not to make this film another romantic comedy. To make it come across as real as possible. Thanks to Joey Kuhn’s direction, he made it possible.

How did your experience making the film surprise you?

Jonathan: I was always blown away by the energy on set. It was electric. There were days when the prevailing feeling rivaled that of performing in front of a live audience. And I think I was lucky, spoiled almost, because everybody on this shoot was so passionate about the material, so there was this spirit that you could sort of tap into and use to bolster what was happening in each scene. From what I’ve heard, achieving that sort of environment on a film set is a rare thing, so I feel hugely grateful to Joey for conjuring that atmosphere. 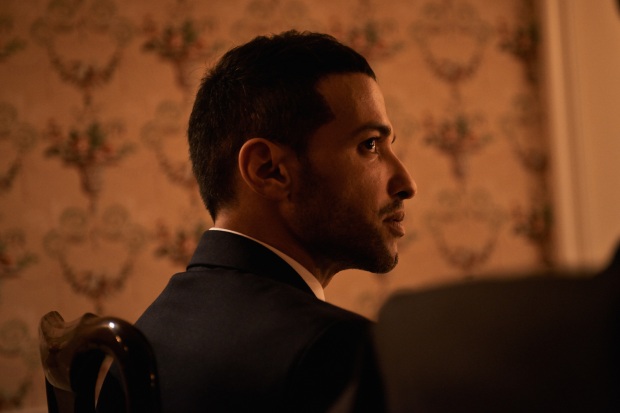 In your opinion, what makes this film special?

Jonathan: The intensity of a first love is so extreme, it’s at once euphoric and gut-wrenching, and Joey does such an incredible job exploring how these types of romances can, for better or for worse, come to define our lives. We’ve all got a Sebastian. We’ve all had that moment. And what’s exceptional about “Those People” is that despite having gay characters at the forefront of this narrative, sexual-orientation remains incidental to the plot. It’s troubling that this is something that can be considered unique, but that’s the reality. What I was made aware of during the shoot, and increasingly so as we were on the festival circuit, is just how rare it is to see gay characters in film who are not struggling with their sexuality. I think a lot of viewers found it moving to see gay men navigate romantic tribulations which, within film, are typically the province of heterosexual characters.

Haaz: It’s special in many ways. It’s very universal. The main story line is very relatable to all kinds of walks of life. Finding yourself. Being true to yourself. Believing in yourself.

Why are independent films like this one so important?

Haaz: They’re the best movies. Especially writers/directors like Joey. Those are the most touching and personal stories ever told.

Jonathan: Any industry that can exist outside the demands of mainstream markets, as independent cinema does, allows for new voices with unique perspectives; when you’re not catering to the widest possible audience, you simply have more room to explore challenging material. And the capacity to exist in that artistic space is vital not just to film, but to any medium, because it allows us to discover, and then rediscover, what’s going on around us. That’s the future. That’s progress.

How do you stay creatively fulfilled when you’re not on set?

Jonathan: I listen to a lot of Drake.

Haaz: I drive myself crazy like any other actor. Should I write, should I do a play… You just drive yourself crazy. At least I do.

Haaz: I’m shooting a movie about Isis with the amazing writer/director Peter Kosminsky, whom I’ve worked with before in the British channel 4 BAFTA-nominated mini serial, “The Promise.” It’s about the establishment of Israel. He’s truly one of the greatest. I’m very lucky to work with him again. He’s truly a very special human being. And brilliant at everything he does.

Jonathan: I’ll be performing in a wild adaptation of Uncle Vanya being produced by the theater company, New Saloon. The show incorporates six different English translations of the play, so it’s quite a spectacle. We’ll be running at the Invisible Dog in Brooklyn from June 17th to June 25. Check us out: newsaloon.org

“Those People” is available on Vimeo On Demand, DVD and at major retailers and digital platforms including iTunes, and WolfeOnDemand.com. 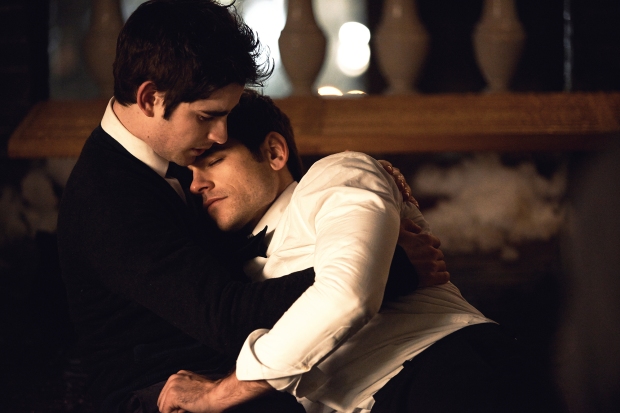