“I write music, I write stories, I like to create anything fun that comes to mind. I’m especially trying to make musicals on the stage,” says David Reiser, the composer who has appeared on Broadway as an actor, worked behind the scenes on Andrew Lippa’s Big Fish, and has made a name for himself as one of the most dynamic writers in new theatre.

Do you remember the first song you wrote?

The first song I wrote when I was intending to write with some seriousness was a song called “Frequency,” which I wrote for my friends my senior year of high school. It was a farewell song.

Do you remember the first time you heard someone else sing your music?

I think it was just after my senior year of college, at the Weston Playhouse in Vermont where they do this fabulous thing called the Act Four Cabaret. After every show, you go downstairs to their bar area and there are silly sketches and songs and it’s an hour of music. I wrote a couple songs for that and some of my friends sang them. That got the bug in me. It was something I wanted to keep doing.

Where do you draw inspiration from?

When I’m walking down the street and hear something interesting. New York has no shortage of not just inspiring things but intriguing things. When you see something as you’re walking, the architecture, a sign that has the history of a building on it, it’s inspiring. Pop culture inspires me. More frequently than not, I’m more inspired by music and movies than by TV. I like a shorter art form, that’s why I like musicals. I like sitting down for a short period of time and getting told an entire story.

How do you challenge yourself as a writer and a creator?

I try to keep the daily code that I want to keep in this world of trying to hustle every second of our lives. We are trying to get better at what we are doing, we are trying to promote that work, we are trying to connect with friends and family, we are trying to see new work, pay the rent, do multiple jobs – that is all challenging into itself. My main challenge is that when I’m writing and I’m up at some ridiculous hour, to stay focused on the fact that I’m lucky to do this. I’ve had a great life up until now and this isn’t a burden, this is a joy. I remind myself of that, and that can be a challenge. You can become a whiny bitch if you don’t remind yourself that. 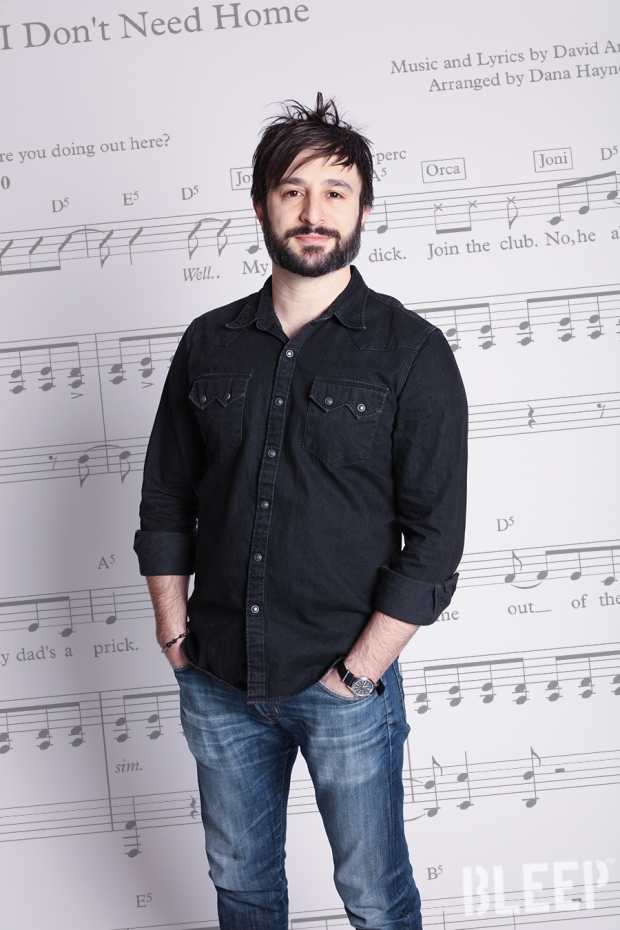 How do you prevent yourself from burning out?

I try to switch up what I’m working on. Once I complete a specific step of a process, I try to forget about it for a while and go onto something I’m newly excited about. I try to change gears to that, focus on that, then change gears after that’s over. It’s difficult to remain in focus when you work on one thing for such a long time. I try to switch it up so I don’t lose focus on what I’m doing.

I just got a job teaching musical theatre at Stockton University and I’m really excited about that. That’s a big next step for me as I try to inspire students and show them what this profession actually looks like if they’re interested in being a creative writer.

Artistically, in the late fall, there’s going to be some concert or album release for an album we made called Golden Hooks. Me and two of my childhood friends, we got together last summer and took the Little Golden Books we grew up with as kids and made a hip hop album out of them. They’re all story songs and we will have concerts to support that.

For more on David, head over to http://www.davidreiser.com