From “Mad Men” to “From Dusk Til Dawn” to “House of Cards,” Joanna Going has been a part of some of TV’s biggest shows. Now, she’s the queen of TV’s “Kingdom,” the MMA fighting drama entering its third season this summer.

Let’s start with “House of Cards” since it’s one of the most talked about shows in recent years. You played First Lady Tricia Walker. Were you aware of the fandom and attention the show received when you got the job?

I was on the second season so that first season had already made a huge splash. I was a fan from the get-go, never dreaming I’d get to be involved with the show. It was intimidating, not so much because of the scope of the audience but more because of the incredible people I was going to work with who I’d admired for years. That and how fine a show it was. It was an exciting opportunity and a “pinch me” state of being.

Since you joined after the first season had been established, what was it like to join the flow of an already moving show?

I did have a sense of intimidation because when you’re coming in mid-stream, you don’t have a sense that you’re one of the family. It’s a huge cast and people come and go, so you’re more a visiting relative. The sets are so amazing and you have the feeling that you’re walking down the hallowed halls of the White House. I didn’t try to block out how big of a scope it all was because it lent itself to the character.

Now, you’re starring in “Kingdom,” a show that first earned press for Nick Jonas’ abs but was really a compelling drama set in the world of MMA fighting. How has your role challenged you?

It started out challenging in that I’ve never experienced chemical addiction personally and certainly I have no experience with heroine, so I had a lot of learning to do. I did a lot of research so I could bring whatever I could into the character and make it as authentic as possible. There were challenges to be true to the ravages of heroin and the life on the street that my character lived in, yet I had to give her this spark of hope.

Much has been written about how much Nick Jonas and the other men on the show are working out to play the fighters. Did you experience any of that for yourself?

The challenge physically was to reflect her experience. I did lose some weight, but my challenges were not nearly as much as the other cast members had to put themselves through. As actors, we manipulate our bodies and I wanted to portray this addicted woman truthfully. The guys playing the fighters have to do it day-in and day-out, filming or not, so they can keep their fighter’s bodies. As my character got better, I put the weight back on because it’s not healthy to stay that thin.

Through the process of working on “Kingdom,” what have you learned about yourself?

This part, this company and this show led by Byron Balasco, really boosted my confidence in myself and in my instincts. I’m so grateful for Byron seeing this character in me since it’s not what people tend to see in me right off. It’s a great opportunity to delve into this character and this world. The fact that I could do a 180 from playing the First Lady in “House of Cards” to playing Christina on the street corner in “Kingdom” has taught me I can dive in and trust my instincts. There’s a relaxation in this part for me that I’ve never experienced before.

You’ve been a part of a few artistically inspiring projects like “The Tree of Life” and “Mad Men.” What inspires you?

Those are two projects that were very inspiring to me before I even worked on them. I feel very fortunate that in the past few years, I’ve been able to work with people I admired from afar for so long. I’m inspired by talent and being in the proximity of talent telling good stories. I’m inspired by music a great deal as well. I use music a lot in my work and choosing music that speaks to me about the character. I have it on in the trailer and in my headphones on the set.

I’m also inspired by the young people who are coming up in the world and doing amazing work on YouTube and having the access to make their own movies and videos. They now have a platform to put it out in the world and there’s so much amazing and innovative work going on.

Being an actor is a tough career. What keeps you driven?

When I got out of school, I went from working in a vintage clothing store to being on a soap opera and I’ve been at it ever since. Finding work has been more challenging over the years when you’re not the new hot young thing, but it’s what I’ve invested my professional life and education in and I’m grateful I’m still able to do it. There are actors who work continually but never play a lead role. They aren’t earning the money the upper echelon is and it’s a grind to keep it together. You never know what’s coming next and when your next job will be. That’s what makes it the hardest.

That brings up the conversation that’s happening more and more now about the under-representation of roles for women in TV and film. While there’s certainly a momentum right now, how does that momentum continue and not become a passing fad?

It’s definitely a wonderful time for women’s roles on TV. There are great movies with female leads but those are few and far between.

But what  people have to remember is that comparatively, the women who are working on a regular basis is a drop in the bucket in the number of actresses out there who are trying to get work. The awareness of the disparity between how men and women are treated in Hollywood is being blown wide open by people with big sounding boards and I’m so grateful to them for that. It’s not going to go backwards. We are going to move forward in both gender and race. It’s happening now, it’s rolling and it can’t go backwards. 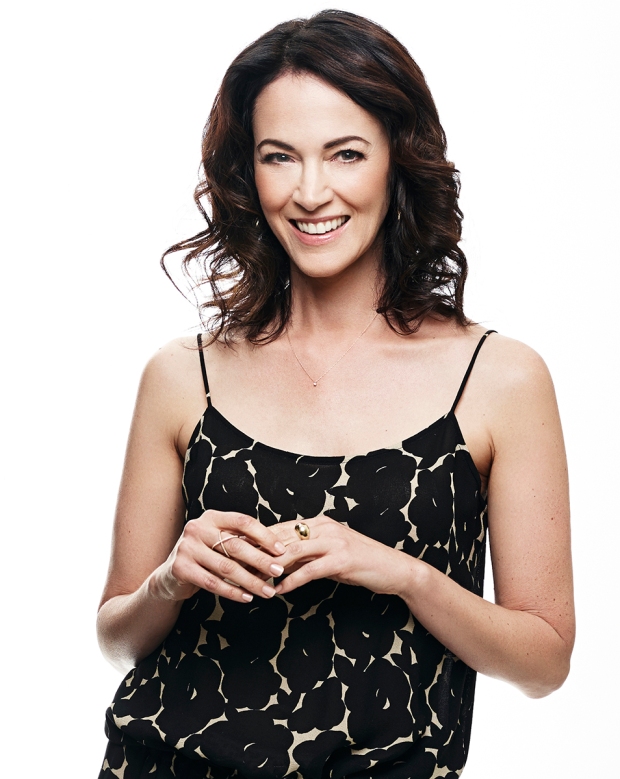