We caught up with the four stars of the new play Crude, Eliza Huberth, Jose Joaquin Perez, Nico Tortorella, & W. Tré Davis to talk about the play, the importance of new works of theatre and staying focused and inspired as an actor. 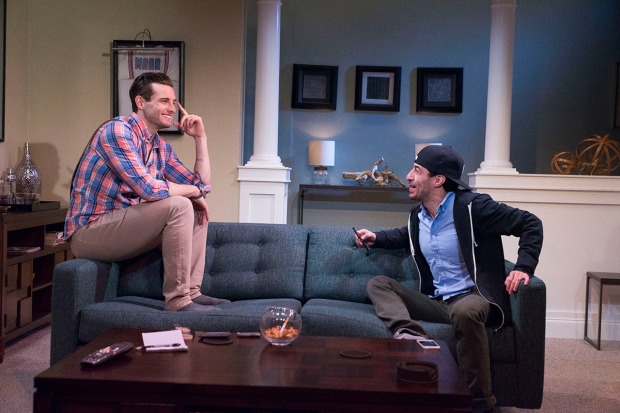 When you approach a new role, what’s the first thing in your process?

Eliza Huberth: When I got the script, I read it, then read it again, and then start to figure out what the play it about. I start to do background research about the topics and themes I see coming up in the play, which means watching documentaries and reading articles – doing the homework so I know where this is coming from. I do what I can to understand the world of the play and what resonates with me.

Jose Joaquin Perez: I try to find something that mirrors something in my own life. I need to what about this play speaks to what’s going on in my life at the time.

Nico Tortorella: Since it’s a new play, there was a lot of room in terms of being creatively involved with the character and building the character. I wasn’t stepping into someone else’s role so I got to create a lot for myself.

Tré, you joined the show late in the game. As an actor, what sort of challenges does that present to you?

W. Tré Davis: The hardest thing was memorizing so quickly. If you don’t know the words, the play can’t go on. I took it scene-by-scene, knowing that was the most important thing I had to do. The best way to do it was one thing at a time. Memorize first and worry about performance later. 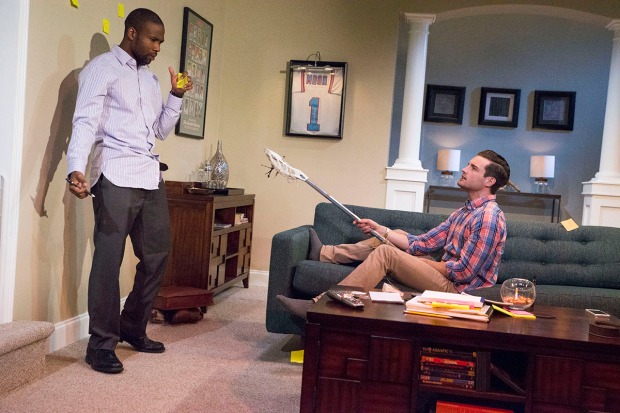 What resonates with you and drew you to this part?

W. Tré Davis: I took over for someone four days before the first preview. This opportunity fell into my lap. What’s keeping me interested is the camaraderie on and off stage.

Eliza Huberth: I think the fact that every character has a very specific point of view and stance on how they perceive the oil industry, environmental conservation and the action one needs to take to be of service for the greater good. Every character’s mind equates to something different in that everyone is trying to fix the problem but doing it from a different place and way. It’s a complicated issue and they are trying to fix it, but in their own way, apart from everyone else.

Jose Joaquin Perez: It’s about people who are dissatisfied with where they are at. I think for where I am in my career and my life, I was dissatisfied with the set rules I was following and that linked me to this character.

There’s a dearth of new works on the commercial theatre scene. How can the focus be shifted onto new works like Crude?

Eliza Huberth: I have a lot of friends who are playwrights who are striving to create brand new work. It’s really hard for companies and theatre to take that chance on something so brand new. That’s a testament to Ars Nova being such an incredible theater that is willing to give a new playwright this opportunity to learn and grow. You need these chances and we are fortunate to have it. I wish more theaters would do that for the next voice and generation of theatre to be able to grow.

Nico Tortorella: I think New York City is the theatre capital of the world and if new work can’t be shown here, it won’t be shown anywhere. I think if we can get good actors, some of which may also be names, to open up new plays like this, it will only help the progression of new theatre.

W. Tré Davis: I think new work is supposed to be what Off Broadway is all about in the first place. Having exciting new works in the genre of plays is supposed to be one of the things that makes New York special.

Jose Joaquin Perez: It’s harder in the large scale commercial world because people are going to see those shows to escape their lives. In the smaller Off Broadway houses, a lot of those shows exist to hold up a mirror to an audience. Those shows are about the world they live in and it’s less about escaping their own life. That’s a tougher sell to a mass audience. 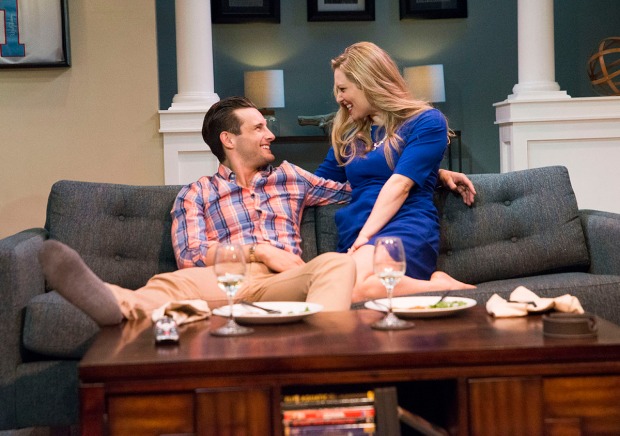 Jose Joaquin Perez: Like any business, you get people together and wonder how they are going to be able to work together, especially in a play. This cast has been able to roll with the punches and it has been very fun to see where we all go with the scenes.

W. Tré Davis: It’s unusual to be in a cast of four and everyone to be around the same ages. We are in the same generation and have the same cultural references so we sort of fell into friendship quickly.

Nico Tortorella: Doing this show, I feel like I am in a conservatory studying with these Julliard actors. It’s more than anything I could have ever asked for.

Eliza Huberth: The collaboration has been incredibly healthy and honest and open and has made this process so unique and special and wonderful. We can come in excited about all of our ideas and have that collaboration and work together to try to figure out how best to tell this story. Everyone’s ideas make sense to everyone else. We are trying to support one another to make it the best play we can.

Being an actor is tough. It’s even tougher in New York. How do you stay inspired to keep going?

W. Tré Davis: It’s in me and I really want to do this. When you’re working in a place like New York, there are so many talented people. You’re pushed by your friends and collegues and other people on stage to do the best work you are capable of doing. Also, incremental progress is the way to make your dreams come true. I’ve been able to make a little progress here and there and now, I find myself in a completely different place now than I was in nine years ago when I got here.

Eliza Huberth: That’s a hard and wonderful question. The people I get to work with both in the past and present inspire me to work as hard as I can to make the best theatre I can in New York. It’s the people around me who challenge and inspired me and I strive to continue to be the best actor I can. I think that also means trying to best tell whatever story I’m working on in the moment.

Jose Joaquin Perez: In the theatre, it’s easy to take nights off, especially when you have eight shows a week. It can feel comfortable on stage and you can get complacent. But because something works on Tuesday doesn’t mean it’s going to work on Wednesday. I find being as objective as possible, not settling with a performance and continuing to figure the characters out day-to-day is what keeps things interesting.

Crude runs until May 21st and tickets are available at www.arsnovanyc.com