Jenna Leigh Green may be best known as Libby from TV’s “Sabrina the Teenage Witch,” but she has been a mainstay on stage for years with roles in Bare and Wicked. Now, 20 years after the premiere of Sabrina, she is headed back to the stage, in the Off-Broadway musical The Marvelous Wonderettes.

It’s been 20 years since Sabrina premiered. Looking back on that time, how did it prepare you for working on the stage?

I started off on stage when I was pretty young, at 11 or 12. I did theatre all over Southern California. I kinda fell into TV. Theatre is where I thought I would end up. I was doing Into The Woods, I got my first manager and then “Sabrina” came really quickly. Doing that show really was a “throw me into the pool and see how she swims” experience. Even during Sabrina, I did two big stage productions in LA. It wasn’t a conscious choice to go back to theatre after “Sabrina,” I always knew I’d continue with it because it was a good fit for me.

With the way content is so accessible, new generations of people are discovering shows like Sabrina all the time. How does it feel to be a part of something that carries that TGIF legacy?

With syndication and streaming on Hulu and it being on DVD, I’ll go through periods where I’m getting recognized on the street by teenagers like when the show was actually on. As I got older, I thought it was this cheesy childhood show, but I have gone back and watched a couple episodes and I feel like it was a smart show that appeals to that age group universally. Whether it was 1999 or now, kids are still interested in it. I love that kids are still watching it.

You were a part of two shows with large followings, Bare and then Wicked. What did each teach you about yourself on and off stage?

Bare was a part of my life for such a long time. I started working on it originally when I finished “Sabrina.” I did lots of workshops and readings in LA before its run and then transfer to New York. I grew up with that show. I became an adult the entire time I was working on that show. It brought me to New York and I had to learn how to live in the city without my parents and survive on my own. I remember doing Wicked in Canada and at the stage door; people told me Bare changed their life. I’m proud of being part of a show that speaks to the younger generation.

With Wicked, everything you think being a part of a show like that would be like, it is. When the tour first went out, no one had ever seen it except those who had seen it on Broadway. I got to be one of the first to bring the show to Chicago, to Texas, to California and the spectacle is just as awesome as you think it’s gonna be. I remember the first time I sat in the house during tech and watched my whole cast in costume and I couldn’t believe I was a part of something this huge and monumental. 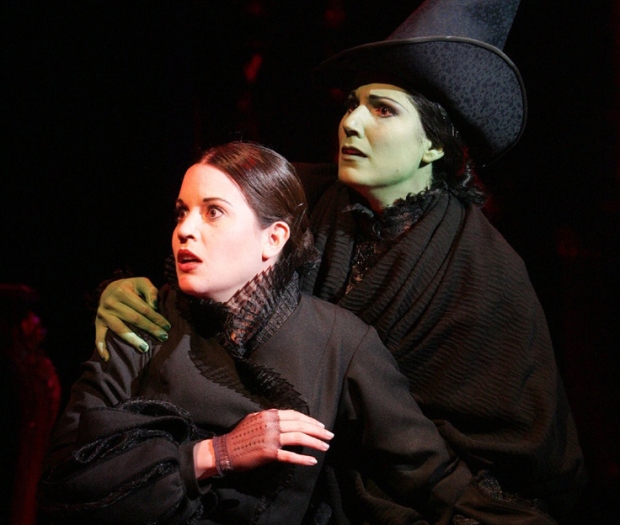 What most excites you about The Marvelous Wonderettes?

This is a revival of the 2008 production and I’ve never seen the show. I’ve known people who were in it and who have seen it and no one has a bad thing to say about it. It’s just fun and it’s kinda neat to be in a production where you know the audience will love no matter what. When the opening bars start of each song, the audience will know them. I’ve never done a show before that was a songbook. The first act is music from the 50s and second act is the 60s. It’s been fun to dig into these classic songs and the cast is brilliant. I’m looking forward to spending time with these girls.

How do you continue to challenge yourself as an actress?

The decision I make every day to continue doing this is the challenge. Surviving in this type of career choice is not for everyone. There are people who do it for a while and then move on to other paths, and then there’s the lifers. That’s how I see myself. I wouldn’t be happy doing anything else. Sometimes things go really well, sometimes there is rough a patch. You have to ask yourself if it’s what you want to do and for me the answer is always yes.