Drama Desk nominated powerhouse Christina Bianco has been wowing audiences across the globe for years with shows like Forbidden Broadway, Newsical and her one-woman comedy Application Pending. Now, Christina is starring in The Marvelous Wonderettes Off-Broadway at The Kirk Theatre and we talk to her about the new show and becoming a YouTube sensation. 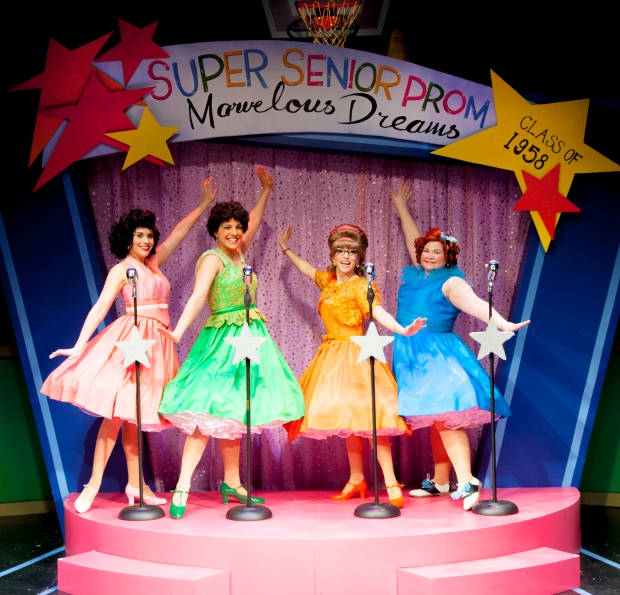 What are you most excited about Marvelous Wonderettes?

I’m such a fan of the show. I think, like myself, a lot of actresses saw the show and wanted to do it. It really is a thrill to do a show that’s so loved and this is a nice time for the show to come back. Now, people who didn’t get to see it years ago will get the chance.

How do you continue to challenge yourself as an actress?

This show is happening at a wonderful time for me. Over the past two years, I’ve been traveling and doing concert work. Last year I did a show, Application Pending, which was just me on stage for 80 minutes playing 40 characters. The main thing I wanted to do next was something I could do with other people, that was a musical, and was me playing only one character and Wonderettes is perfect.

What did the process of bringing Application Pending to the stage teach you about yourself?

I’m a quick study and am good at memorizing, but that experience taught me that all the memorization in the world doesn’t prepare you for a challenge like that. That wasn’t a show where I could memorize it, do a few performances and then get into a groove. I had to constantly be thinking as if it was the first time I was performing it. I tried every tactic and memorization method. With the music for the Wonderettes, I’m looking forward to lyrics that rhyme. [laughs]

Your impression videos have been seen by millions. Was this a talent you just had a knack for or was it something you cultivated?

My parents told me I had a knack for it when I was younger and I guess I made people laugh at parties by doing “Celine,” but I didn’t take it seriously until later in life. One of my one-woman shows, Party of One, is about that actually. I never took it too seriously until I auditioned for Forbidden Broadway.

Do you ever get tired of people asking you to sing like Celine or Idina?

For the casual viewer, they may see you on TV and think you only do impressions, not knowing you have an extensive body of work beyond that. As a business woman, how do you take that notoriety and funnel it in the direction you want your career to head?

I think that being known for impressions had led me to wonderful places. I definitely think having success on YouTube and TV appearances has given me some opportunities I wouldn’t have otherwise had, but it’s how you use those opportunities. It’s very east to be typecast as one thing, but as an actor, I’m not a specific type people can put into a box. That can often be a detriment, but when people know you and like you for your versatility, it becomes easier. In this case, I’m so grateful to everyone at Wonderettes because someone remembered me saying I wanted to do it. You never know what a YouTube video or something said in a concert can lead to. In this case, it led to the Wonderettes for me.