Jose Fernandez began his film career as a sculptor on the movie “Gremlins.” Since then, he’s created the most universally recognizable characters in movies including Wonder Woman, Batman, Wolverine, Spiderman and more.

Now, owner of his own studio, Ironhead Studios, I caught up with the sculptor/designer/creator to talk about some of his most iconic designs, his process as a creative force in movies, and how he’s literally sculpting the future of space travel.

When you’re first contacted or hired to do a sculpt for a film, what is your research process like and how much time do you spend looking into the source materials like comic books?

I’ve never actually read a comic book. I’ve looked at the imagery though. My brother loved comics so I would see the images in them and I loved that. Now, when I get contracted for a job, I gloss over the existing images and sometimes the studios bring me concepts, but mostly I just use my mind’s eye about what I think it should be. I try to stay true to what the fans what. I’ve learned that fans have an expectation but are forgiving if what you give them is bad ass, even if it’s different than their expectation.  But if it’s different and you go off track, they let you know. What I want to do is create something that lasts. Most of the stuff I’ve done, I think it’s cool now and I think it will still be cool ten years from now. I want it to be timeless.

If we’re talking timeless, then that immediately brings up Michelle Pfeiffer in the Catwoman costume and the mask that you created for Batman Returns.

That one I look at with huge fondness and pride. It was my first break into costuming. When I got the job, they told me I wouldn’t work on the Batman suit, so I made my peace with that. I was doing Danny DeVito’s fat suit for Penguin, there wasn’t anyone on the Catwoman cowl and I basically asked to sculpt her mask. They gave me a chance and I put everything I had into it. It worked. I was actually nervous to meet Michelle Pfeiffer because she was a big star and I was 27 I think. It’s a costume that worked back in the day and I still think it stands. I asked Tim Burton for one of the bus stop posters of her in the costume and he got me one. I still have pride from that design. I did her cowl and the stitches, everything else was an S&M suit from West Hollywood. It started me getting into costumes, I had been doing more creature work before that, and I knew this was what I wanted to do.

Batman has come back into your life as you did the costumes for Batman and Wonder Woman in Batman v. Superman: Dawn of Justice.

I was excited to come back to Batman again since I worked on three of the early Batman films. In the most recent movies, they did tech for the costume, which was cool. But I had never resolved getting Batman’s head to turn and I really wanted his head to turn with the cowl in place.  When I was hired again, after all that time, I finally got his head to turn. For 18 years, no one could get his head to turn in the cowl but I finally got it. He’s now back to his old look, with the cowl. This movie is different because this costume process hasn’t been done again. It looks like the suit is shrink-wrapped to his body, like a comic book page in real life.

That’s not the only huge comic book film you have coming out this year. Anything Avengers related gets people excited, but fans are especially excited to see Black Panther make his screen debut, something you had a hand in bringing to life.

With Black Panther, it’s a great honor to be doing this character that is the first legit black superhero. The helmet in particular is so insane. On average, I will spend 5 weeks from concept to helmet-in-hand. For Panther’s helmet, we did 6 to 8 weeks just refining it. We did the real world sculpt, then we refined it, then we put it in the computer to refine it more. I’m super proud of the way it turned out. 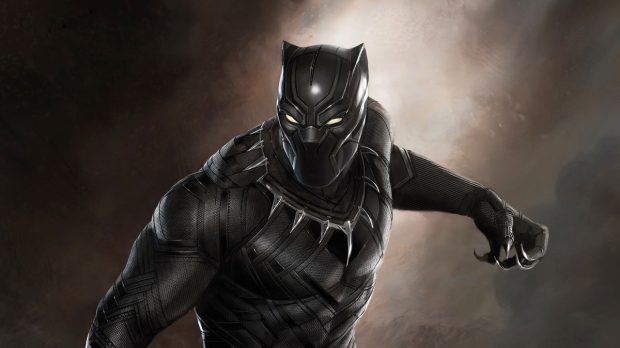 How closely do you work with actors to make sure your designs work?

It varies from actor to actor. Some have more sway and input. Ben [Affleck] was more opinionated and he has a great eye. He really helped direct some of the details. Some actors don’t have input beyond wanting to be comfortable and I try to keep that in mind.

I did the second X-Men film, X2, and that was my first stand-alone. I’d worked for multiple people for years and that one, I went after and wanted really badly. I think Bryan Singer just wanted me to shut up so he gave me the job. There are a few people who stand out who are great to work with and Hugh [Jackman] was one of them. He wanted to be able to move. He’s very physical and said that the costumes in the first movie were like wearing straitjackets. None of them could move in them. There’s actually a scene where he rips the jacket and that actually happened to the costume, so they wrote it into the script. The cast had to have people help them get up steps. So, when I brought him the new costume and he first put it on, he jumped up, hugged me and picked me up off the ground. He was so happy he could move. That was cool. I used to dress up as a kid, so I understand functionality.

Who did you dress up as when you were a kid?

Probably the thing I worked on the most was Gene Simmons. KISS was an example of wacky and creative stuff and I worked on a Gene Simmons costume for almost three years. I spent time carving the boots and making the pieces.

Now, you’re a part of these cinematic universes. What is it like creating the images that become so much a part of fans’ lives, that are cosplayed and recreated?

It’s cool and flattering. For me, I was dressing up as Gene Simmons or doing a Star Wars character. Now, it’s come full circle and what I do is inspiring people. Cosplay is cool because people are inspired by films and by culture. It’s not a bad way to spend your time.

You said on Batman Returns you were just doing creature work but were given the opportunity to try more and it worked out. Are there other films you’ve worked on that have panned out in a similar way?

In Thor, I was supposed to do Loki’s helmet and some other characters. The studio loved the Loki helmet and since they were having problems getting Thor’s helmet right, I got a shot to do it. I was pretty proud of it and they ended up loving it. One of my strengths is deciphering information and pulling something out of it. If you give the same drawing to ten people, then you get 10 different outcomes. I’m good at making sense of all of those outcomes. I only did his helmet, but it’s still cool.

When you were working on Tron, you got to work with Daft Punk.

I was doing all the helmets for the film and since they were in the film, it fell under my umbrella. They had their own helmet designers but I ended up making and delivering my versions to them anyway. When they saw them and felt them, they knew they felt real and they really liked them. Because of that, I continued making their stuff for them. I made several incarnations and did their head-to-toe looks for the Grammys. They’re good guys.

You also worked with another musician, Will.I.Am, on his performance on the biggest stage in the world, the Superbowl.

It was great. I got connected to the Black Eyed Peas by doing some robot suits for their tours and Will.I.Am wanted me to work on his stuff for the Superbowl. We built an entire head-to-toe thing. It was amazing to build something for the Superbowl. Five minutes after he got off stage, he called me and said how great it was. He didn’t have to do that so that was pretty huge.

You regularly design for fictional space travelers and in the case of the Black Eyed Peas, robot suits. But recently, you’ve had the opportunity to design for real life space explorers.

SpaceX, the company run by Elon Musk, reached out to me to ask if I would create a space suit. I didn’t know what SpaceX was and I thought it was a film. Then I realized it’s an actual space program. They were looking to get a suit built for Elon to look at for the program. They had two weeks to present the suit to him and I told them I couldn’t do a full suit in two weeks but that I may be able to do a helmet. There were four other companies working on bids as well and at the end of the process, he hated everything except the helmet. I worked with him for six months and at the end of that, we created a suit that they are now reverse-engineering to make functional for flight. The look they are going to unveil in the next few months is something we created here in the studio. He wanted it to look stylish. It had to be practical but also needed to look great. It’s pretty bad ass. He kept saying, “Anyone looks better in a tux, no matter what size or shape they are,” and when people put this space suit on, he wants them to look better than they did without it, like a tux. You look heroic in it. It’s an iconic thing be a part of.

What sort of advice do you have for people who look at the costumes you create in movies and think, “I want to do that one day”? 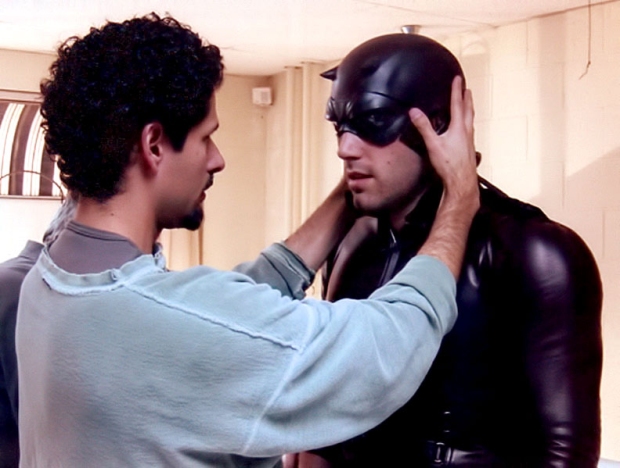 Interview by Ryan Brinson with assistance from Ryan Machen