In 1936, Hitler was coming to power and the Third Reich was hosting the Summer Olympics in Berlin.  In America, African Americans were being treated like second class citizens, but ironically, 18 black American Olympic athletes traveled to Germany for the Summer Games. Those young men & women’s stories are being told in a new documentary called, “Olympic Pride, American Prejudice.”

Filmmaker Deborah Riley Draper talks to BLEEP about her love for filmmaking, her first film, “Versailles ’73: An American Runway Revolution,” and how this epic Olympic documentary came about.

“Versailles ’73: An American Runway Revolution” created quite a wave when it debuted. It chronicled the US designers groundbreaking victory against their French counterparts on November 28, 1973 at the Palace of Versailles. What was the catalyst for bringing that story to light?

I heard about it on NPR. The late Barbara Summers was talking about this particular moment in time being a catalyst and a game-changer in fashion and the role of black women in the event. I thought it was a story that needed to be a film. It has all of my favorite things: fashion, New York, Paris, and beautiful black women. What’s not to love? I did a tremendous amount of research from the period about the designers and pieced together the key players from the event. I was able to interview journalists and people who were there on the scene, as well as talk to the models and get both sides of the story. In Versailles, what started as a fundraiser became an international fashion incident and launched American ready-to-wear as we know it. It’s a fun story because yes it’s about fashion, but it’s also about race and class and gender.

Your upcoming film switches focus from fashion to sports. How have your personal interests informed the stories you investigate and then put on screen?

I love fashion. I’m a fashionista. Those are subjects I’m completely interested in.  I’m interested in how fashion plays into culture, how race affects that, and how fashion can be political. Sports actually works the same way. What we know and believe about people, we bring into the teams we cheer for. The sporting arena a place where the pressures of our society is visible first.

Liza Minnelli during the opening performance of the American presentations at Versailles in 1973.

How did the events and stories that inspired “Olympic Pride, American Prejudice” land on your radar?

I was investigating a woman named Valaida Snow, a trumpet player, who was interred in a concentration camp. In an article, she mentioned having seen the African Americans at the Olympics. I started looking for evidence of those people and not only was she right, but there was a whole contingent of 18 smart, graceful, hyper-elite athletes that represented America in 1936 in Nazi Germany. These guys faced down Jim Crow and Adolf Hitler and they were 18 and 19-year-olds. What an incredible responsibility to bear and represent not only yourself but your community. They had “America” on their backs even though they were considered full citizens.

What surprised you the most as you uncovered more about this story?

Tidye Pickett and Louise Stokes. In the 1936 Olympics, we mostly hear of Jesse Owens. Not only were there 18 African Americans on the team, but there were two women. One was in high school and one was in college, and they were on a boat for ten days with their 450 American squad going to Berlin. I thought, wow, what does that say about the role of black women in helping change perception? That was so surprising to me. What a courageous thing to do. There wasn’t a way to communicate with your family, you were leaving the United States, and going to Nazi Germany as a young black girl in high school. What a lesson of courage and focus on the opportunity at hand. 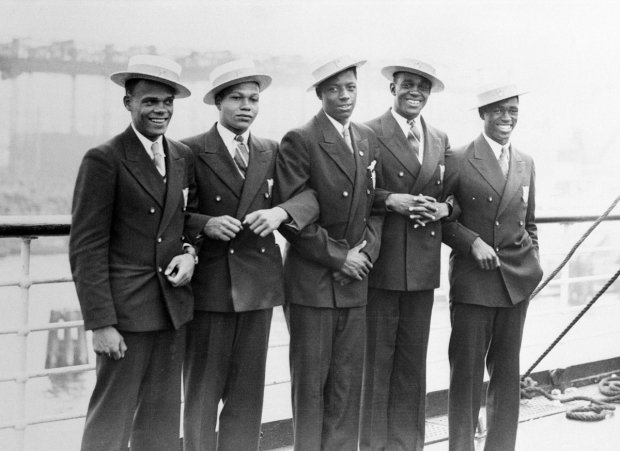 What do you want audiences to take away from the piece?

The power of positive collective action. To be able to collectively face things that are a challenge and work together to conquer and resolve those things. They said ‘we want to represent on the world stage and we are going to demonstrate our collective power and grace.’ Those athletes waving into the camera in 1936 proved we are humans and we deserve to be received that way.

Outlets like Netflix has made a conscious effort to bring documentaries as much into the spotlight as their original scripted content. Do you feel there’s a new wave of appreciation for true stories?

I think if you look at documentaries, people want great story telling, great investigative journalism, and the ability to communicate what ‘s important and connect on a human level. People want to see more of that. For me, I’m passionate about finding diverse voices and diverse stories to bring to film to use to have those tough conversations, come together and take stock of what’s happening around us. I think film and sports and fashion bring people together and open up a dialog, so when you can combine the three, things are really fabulous. 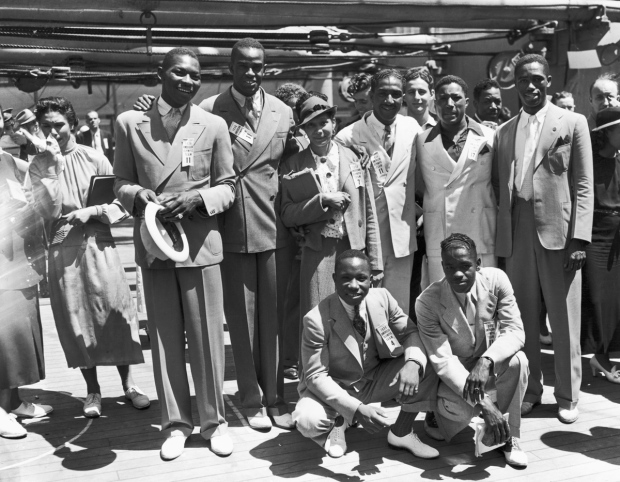 For more on Deborah, the athletes and the documentary, head over to www.1936olympicsmovie.com