Cuban-American actress, singer and musician Yvette Gonzalez-Nacer takes on the iconic role of ‘Cha-Cha,’ in FOX’s highly anticipated Grease: Live. We caught up with Yvette to talk Grease, her new album and the nonprofit organization she founded to help put an end to Alzheimer’s.

You were a part of Nickelodeon’s hugely successful “The Fresh Beat Band.” How did that prepare you for taking the “stage” in Grease Live?

I think working on The Fresh Beat Band, prepared me for almost anything.  We were constantly being thrown to the fire and challenged daily to do what seemed to be the impossible.  However, we would somehow find a way to rise to the occasion and be better because of it.  The show taught me to be fearless. Also, getting to act, sing and dance on the show kept my skills in pretty good shape for Grease.

What are you bringing with your “Cha-Cha” that’s new to the character? How much inspiration are you pulling from the iconic film version?

We always bring our unique essence to whatever character we play.  When I got the role, I tried not to watch the movie so I could find who she was to me.  But Annette Charles was an incredible Cha Cha and definitely left an indelible impression on me.

Working with so many stellar talents, what has being a part of Grease Live taught you about the industry and you as an artist?

Grease is filled with so many different types of characters and I think being a part of this show reminded me that every single one of us is unique and has something to offer. 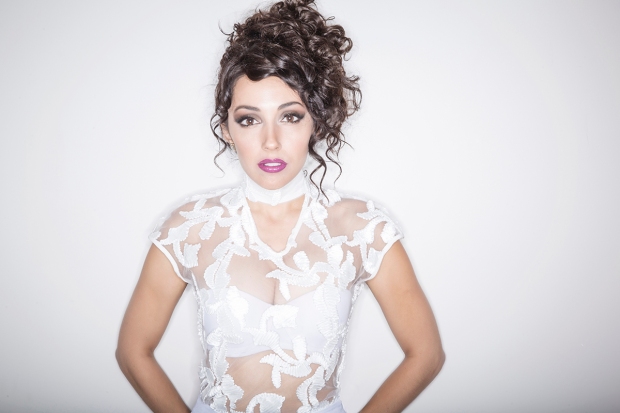 Was there a moment in the process of Grease where you thought, “I can’t believe I’m a part of creating this for TV?”

I believe it was on day one.  We all sat around for the table read, looked around at each other and you could feel that we all knew we were about to be a part of something pretty special.

What can we expect from your upcoming debut album?

You can expect to hear good music, good songs and on the production end, it’s going to be pretty interesting.  It’s soul but there are some urban and Latin elements thrown in the mix in a way that I haven’t heard done before. I’m pretty stoked to be carving a lane for myself, if you will.

Why did you start Creative Minds Care and what keeps you passionate about the organization and the cause?

My grandmother passed away with Alzheimer’s and it is such a devastating disease that so many people and families have to deal with.  Seeing how the experience affected my family and I really inspired me to get as involved as I could in finding a cure.  I am a Celebrity Champion for the Alzheimer’s Association and last year, founded my own non-profit organization called Creative Minds Care.  My vision is to see a world without Alzheimer’s.  We are currently planning a huge annual benefit concert where the proceeds will go towards funding for Alzheimer’s research.

What’s coming up for you after Grease?

My single “Classy” under my artist project, Ava Gold, was just featured on ESPN and is now on iTunes.  I’m going to be in the studio finishing up my EP and I have a new music video coming out next month for one of my songs.  I also have some upcoming shows in Los Angeles and I’ll be posting updates on my social media, so will definitely keep you posted!