Ray Stevenson has a knack for playing larger-than-life characters in larger-than-life situations. From standing at King Arthur’s side, to walking the streets of Rome, going toe-to-toe with Dexter and fighting next to Thor, his career has run the gamut of epic opportunities. Now, he’s taking on another huge character in a huge world, Black Beard in the STARZ hit Black Sails. 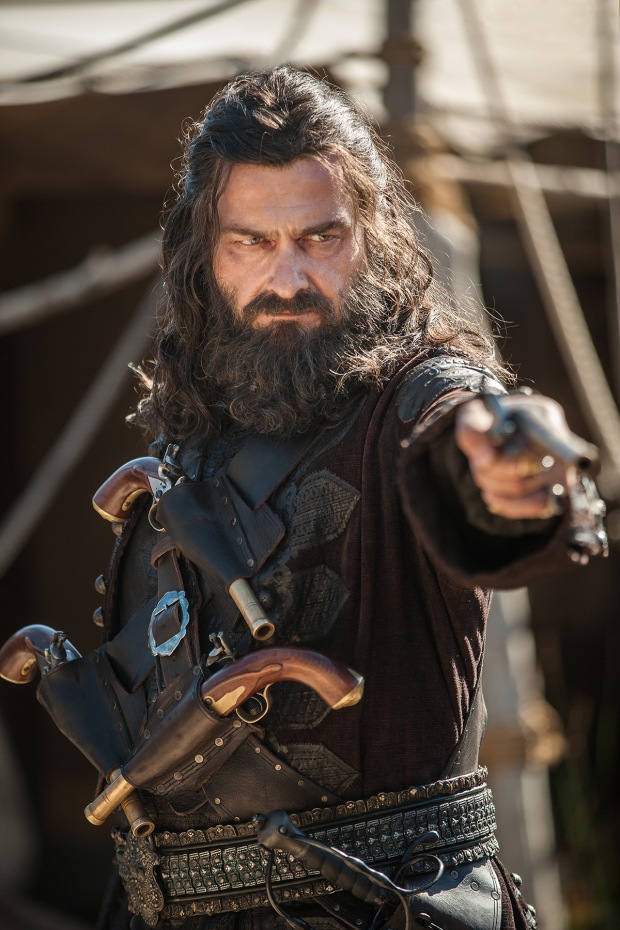 Having been a part of another stylized show, Rome, how has it been coming back to TV?

What’s wonderful about Black Sails is that every hour is like an hour of a movie. It’s on such a high scale with such high production value that there’s essentially no difference on this set to big movie sets. Also, the attention to detail in the production mixed with the verboseness of the stories is truly extraordinary.

You’re playing one of the most infamous characters in all folklore, Black Beard. How has taking on this character on Black Sails stretched you as an actor?

It’s tremendous. What an opportunity this has been. There’s so much information to take in, so much history written at so many different times, by so many different people and so many different perspectives. You have to sift through those and get at what the essence of the character is. Then, bring it into the Black Sails world. This show is such an established series and an established ensemble so it’s important that he fits into their world. What interesting is that he already fits into that world – he created that world. He created Nassau, is the co-author of original pirates charter and he’s finding that a lot has been lost and has gone soft. He’s turning the world upside down.

You’re a part of the Marvel universe as one of Thor’s cohorts. How does it feel to be a part of a new legacy in filmmaking?

That is supremely special to be a part of that. I feel very humbled and grateful to Marvel for allowing me to do it. Beyond the opportunity to be in something so big, I’ve got an action figure. Having kids, it’s a great way to stay leveled actually – looking over and your action figure is on the floor with a Lego head on it. Keeps me grounded. The whole experience has been a great thrill.

TV is being made on a scale unlike any other time in history. You’re a part of that now.

To be a part of these big projects that are defining the age we live in – it’s incredibly fulfilling.

The new season of Black Sails takes off on STARZ January 23rd!