Conrad Ricamora took the New York stage by storm with his performance as Ninoy Aquino in Here Lies Love and took to the small screen last fall in the hit ABC series “How to Get Away with Murder.” Now, he’s pulling double duty filming the second season of the hit show as well as starring as Lun Tha in Broadway’s Tony-winning revival of The King and I.

When were you bit by the performing bug?

I was always singing and dancing with my friends when I was growing up. I grew up on Air Force bases and it was a very conservative culture. In sixth grade, I remember feeling like I couldn’t do it anymore because I’d get made fun of and picked on. There were no other guys around me doing it so I just quit. I was only doing it for fun, I was never in any productions or anything. It wasn’t until undergrad that I took an acting class. I remember doing a monologue about a boy who was estranged from his father. My mom left when I was a little kid and I when I picked up the script, I knew I could stand on stage and speak these lines with authority without having to really act. Feeling that sort of electricity and experiencing that connection with the audience and an author and me, that was the bug.

I imagine with so many wins, there was a lot to celebrate on Tony night.

Everything was a thrill. The show winning, Kelli winning, Ken being nominated, Cathy winning for costumes – but the biggest thrill for me was seeing Ruthie win. She was one of the first people I met when I moved to New York. I moved after grad school and went straight into the third workshop of Here Lies Love. That was her first principle role; she’d always been ensemble. I remember during the first run of Here Lies Love at The Public and we were getting all this attention, she wasn’t used to it and came to my dressing room saying she’d never done this before and suddenly people wanted to talk to her. We helped each other through that, we’ve been there for each other, she helped me through breakups, we are just there for each other. To see her win a Tony Award was really great.

How are you juggling both “How To Get Away With Murder” and being on stage in The King and I?

I don’t think about it too much. If I think about it, I’ll get tired. So I just throw my body into a car that takes me to the airport, that takes me to LA, that takes me to the hotel, that takes me the set. Then I just allow my body to do what I know how to do, which I’ve been doing for over ten years now. It’s more about trusting that I know what to do, doing the prep and then letting everything else go. I’m eating well, drinking a lot of water, and getting enough sleep – all crucial things. The first two times I went out to shoot this year, I got sick. I went and had drinks with friends and realized I just can’t do that. Now I’m very monk-like and taking care of myself. I have to. It’s unnatural to hurl your body across the country in the air back-and-forth, so I have to take care of myself.

I’ve never sung classical musical theater at all. When I was growing up, the singing I liked to do was pop/rock and even my first show here, Here Lies Love, was written by David Bryne who is a rock god. It was a very different placement I had to learn because it didn’t come naturally to me. It involved a lot of opening up of resonant spaces to sing the Rodgers and Hammerstein stuff. It’s been the best masterclass and Ted Sperling, our musical director, has been amazing at helping me through. That was the biggest challenge for The King and I.

After I took that acting class in undergrad, I finished my degree in psychology, but I started taking a film acting class, just for fun, at the Film Actors’ Studio in Charlotte. I studied there every week for three years. The challenge now, going back and forth, is that the principles I use for theatre and TV are the same, but the magnification of it is so different. When I go out to LA, it feels like I’m doing nothing on screen, but that’s usually when it’s working. It’s like I have to ignore the voice in my head that’s telling me I’m not doing any acting. From my experience, that’s when it’s good. It’s more about trusting and not trying to magnify it as much as I have to do at the Vivian Beaumont in front of a thousand people.

“How to Get Away With Murder” has some of the sexiest and most intensely passionate scenes in primetime. What’s it like doing the sexy stuff in the show?

It’s work and there are marks we have to hit at certain points. It’s about paying attention to Jack and being an agent for the character that’s in the sex scene. But I also have to remember, I have to throw him on the bed, then turn him over, then he pushes me a certain way…it’s very precise camera work they’re doing so half of it is focusing on the sexy time and the other half is choreography. It’s just as much choreography as dancing on stage. Jack and I have a great friendship outside of our characters and are very comfortable with each other at this point.

Have you had Murder fans coming to the stage door?

They’re so great. I do sing two beautiful songs, but I’m very much a supporting role. Still, one woman came from Arizona to see me in the show and another came from Italy and has an online Italian fan page she’s set up. Our relationship (he and onscreen boyfriend Connor played by Jack Falahee) and my character has really struck a nerve with people. Pete Norwalk (HTGAWM creator and producer) told me, “You’re kinda the only likable character on the show. You’re the one that has a good heart. Everyone else has some other agenda that they’re not saying, but Oliver is open.”

The strangest thing I’ve noticed is that there are a lot of straight women who are fans of our relationship. I was sitting at a bar and two women approached me saying they were huge fans of the show. I said, “Can I ask you a question? I’ve noticed that a lot of straight women are really into Connor and Oliver’s relationship. Can you illuminate me as to why?” They said that a lot of times, when women are portrayed in a relationship with a man, there’s a disparity in intelligence, they aren’t written as smartly and there’s an inequality there. It seems, that with these two guys, there’s an equality in their relationship and that’s something they want to have a mirror for. They’re tired of the damsel in distress stereotype and aren’t interested in watching that anymore.

Catch Conrad on stage in The King and I and on “How To Get Away With Murder,” Thursday nights on ABC! 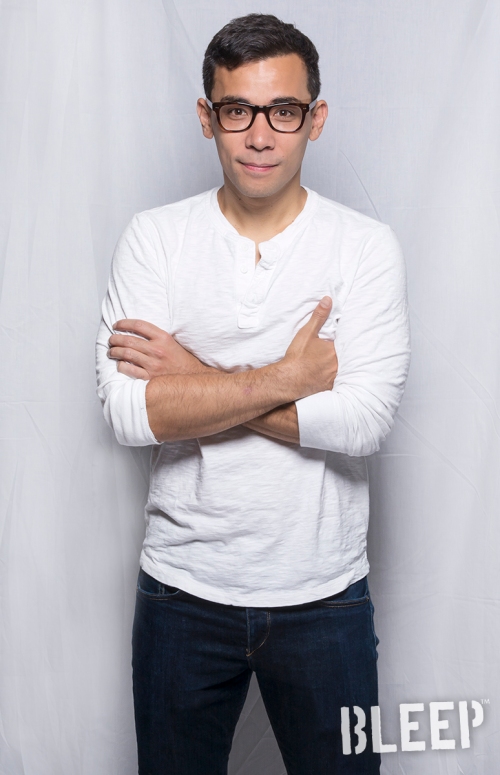