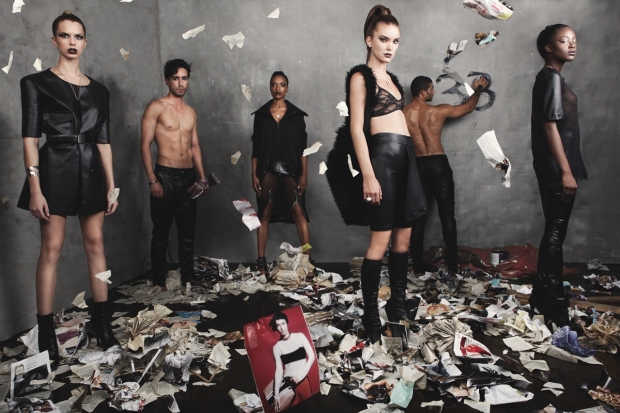 They say style is a way to say who you are without having to speak. Charles Smith II is a designer who firmly believes that fashion is indeed an art. He’s a master of expressionism and experimentation and has aligned himself with the boundary-pushing aesthetics of the avant-garde movement.

Born in Harlem, the Dallas-based couturier first debuted as a model on the runways in Milan and eventually shifted his focus to the creative and limitless sector of design. His inspiration stems from a variety of subjects. It can be found in the form of raw emotion or simply in the shadow of a silhouette in the street. Charles creates clothing for the fighters of change – those who fear uniform and conformity in the name of fashion.

BLEEP featured his collection, “33”, which was motivated by his love of basketball. As both a former player of the game (33 being his designated number) and a free agent of the NBA D-League, Charles decided to unite his passion for the sport together with his eye for design in order to construct this new line. When asked about the collaboration, he said, “You will see that I used a variety of jersey fabrics in these pieces because of the way they fit and flow with the body. I happen to find the walk of a runway synonymous with the movement that occurs while running up and down a basketball court. That’s what this season’s muses are made of.”

“33” was provoked by the dark, seductive world of secret underground societies – organizations whose activities and inner functioning are concealed from non-members. In order for the men to be admitted, they must first complete the initiation process, becoming completely subdued to their female counterparts. There are three rules that govern the Haus: see no evil; hear no evil; speak no evil. This achingly beautiful story is comprised of a series of images, each revealing a rite of passage that will ultimately mark their entrance into this exclusive alliance.

Where are you from?

I am from Harlem –  born and raised and half-raised in Dallas.

What brought you to Dallas?

I played for one of the Reebok-sponsored AAU teams, the Dallas Mustangs, who scouted me from New York and ended up traveling back and forth between Dallas and New York and eventually ended up enrolling at Lincoln High School.

What do you do?

I make cool shit for people to wear every day.

Tell us about the journey that led you to design clothing.

I’ve always been in the fashion industry. I was a model when I was a baby and began high-fashion runway in Milan for two years beginning at age 14. I’ve always had a creative vision – I just didn’t know how to construct clothes. I’ve always sketched and one day, I got tired of going to the mall and seeing the same shit. 5. What has been your proudest fashion moment? A: Meeting Karl Lagerfeld in 2009 and meeting Jean Paul Gaultier last year at his exhibit at the DMA.

What is the philosophy behind Smith II?

The formula of SMITH II is simple: Give no fucks about what people think of you, do what’s true to you and don’t feel bad about it.

Where do you find inspiration for your designs?

My inspiration comes from natural instinct and hits me during the magic hours of the night. Sometimes it hits during a full moon, or I can see a bum in the streets and like the silhouette, and then try to figure out how I can make that into something modern I would wear. Also finding inspiration in hell of chaos, misery, demonic serenity of what is beautiful to me through Different 7 Circles of every world I’m a part of.

What is the significance of naming your new collection “33”?

I wanted to bring 2/7 worlds that I’m in into one existence for a season of my undying love of basketball. I am a free agent of the NBA D-League and 33 has been my basketball jersey number since elementary school. Bringing my love of art in fashion and bringing the two worlds into one by using  jersey fabrics which move with the body – just as walking the runway to me is synonymous with running up and down a basketball court.

What is your favorite part of designing clothes for women?

I get to make them dress like boys with attitude.

What is your favorite part of designing clothes for men?

I get to make them dress like soldiers with attitude – very fresh and cool-looking soldiers.

What are your short term and long term goals for your brand Smith II?

Everything I do is thought of in long-term. I hope to become a big fashion house – like Chanel-level. I say Chanel-level because I like the way they brand themselves and the way that people perceive them: in a very classic, timeless, personal, traditional way. That’s what I want for a lifetime. 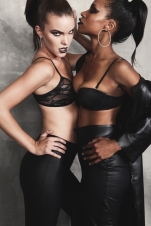 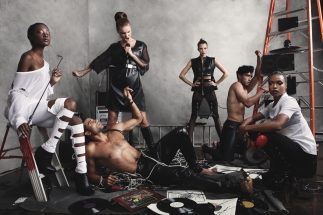 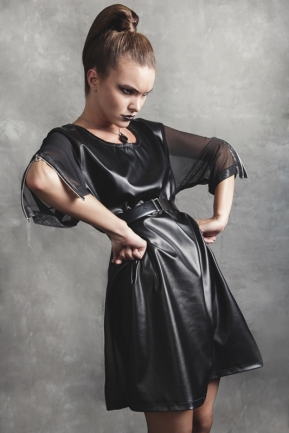