Each year, critics and columnists write a lot about the “current state of Broadway” and what direction they believe the artform should be heading. But we decided to go straight to the source. BLEEP Editor Ryan Brinson talked with Ariana DeBose (Bring It On, Motown, Pippin), Jordanna James (Sideshow), Christopher Rice (The Book of Mormon), Vincent Rodriguez III (Here Lies Love, The Hunchback of Notre Dame) and Clay Thomson (Newsies, Matilda) about diversity on stage, movies turning into stage productions, stunt casting and their hopes for the future.

Looking at the shows on the Boards currently, as performers, what are your thoughts on the direction it’s headed today?

Christopher: I think it’s exciting because there are some really cool shows up there that are creative and one-of-a-kind. I think it’s also a little nerve-wracking as a performer to see that a lot of the shows are going the more commercial route. As a performer, you want the chance to create art and you want to create something new and exciting.

Ariana: It’s terrifying, that’s the truth, if we are looking at where Broadway could potentially be heading. There are certain shows that are coming in, like Fun Home, that I’m thrilled are finding a home on Broadway because those are the types of show that performers can really get behind and support; shows that are artistic and have substance and are gritty and have something to say. I think, as an artist, I get concerned that we aren’t telling stories that need to be told. That’s my concern as a human being and as an artist. There are some stories that are just on Broadway to make money and that’s fine. But Broadway used be a place of balance. A place of creating stars, not just bringing in ones that are already shining bright. But I think with the impending arrival of pieces like Fun Home, that there’s a glimmer of hope.

Vincent: There are shows that are on Broadway right now because a celebrity said yes. It gets the tickets sold. If they were only used for stronger pieces of theatre. Sometimes their skill level isn’t what the role requires so we are missing that balance.

Many of Broadway’s biggest hits didn’t open with stars. Wicked, Newsies, Pippin and A Gentleman’s Guide to Love and Murder didn’t open with “above-the-title” stars but have been giant hits.

Christopher: It’s really about the stories and telling them well.

Vincent: Truth is, shows are getting harder to get into and are becoming more technical, for instance the stunts in Bring It On or the dancing in Newsies, and these things are younger people’s intro into what you have to be able to do on Broadway. So they are becoming better and more skilled and I hope that gives us more tools to tell more stories as opposed to a show that’s just based on all the of the moves they see on “So You Think You Can Dance.”

Ariana: And I’m an alumni of “So You Think You Can Dance” so I agree with that completely. Another thing is that we have all of these wonderfully exciting elements we are adding to shows on Broadway and we are basically telling the public that that is what Broadway is or that is what dance is. “So You Think You Can Dance” defines to the American public what good dance and good choreography is. Thank God for Tabitha and Napoleon D’umo who constantly are fighting to be better and more creative. Andy Blankenbeuhler as well. They are the epitome of what we should be working toward.

Clay: To be able to do that sort of dance on Broadway and do the hardest things I’ve ever done dance-wise…then do them eight times a week, it was the most exhilarating and the most exhausting thing. I was on the tumble track at the end of “Seize the Day” and to hit that button and hear the applause from the audience was the most thrilling experience.

As the required skill level of dancers rises, how has that affected the audition room?

Clay: I was at an audition once where we did a dance that had double-tours, pirouettes and tumbling in the dance combination, then we sang and then they asked who could play instruments. It’s amazing the things you have to be able to do to be in shows now. Not once on the breakdown did it say you had to be able to play an instrument, but everyone who couldn’t was cut. It’s just expected now.

Jordanna, you’re about to make your Broadway debut, but you’re no stranger to performing on a giant stage. What’s the audition room been like for you?

Jordanna: On Broadway, I am new. But for me, number one, it’s hard for me to get parts because I am short. So when they want a certain height, I’m not going to get it. Having said that, when I was on tour with Miley Cyrus, it was completely different. I could dance and that’s what mattered. It is amazing how Broadway is evolving and changing and we are all a part of that.

You’ve been a part of the Radio City Christmas Spectacular for six years, a show that requires no stunt casting, and it sells out every year. You’ve seen that show evolve with the times as well.

Jordanna: I remember there was a Ragdoll scene where two little boys were trying to find a present for their sister. The spirit of it was about spending time together. But the show changed that scene to be like a video game. To me, I’m old-school, and I know that’s what generations are doing now, but it lost that story of being with family and that was disappointing.

Technology is something becoming more and more integrated, not just with shows like Radio City, but definitely on Broadway. Some shows don’t even have sets anymore, they just have projections. 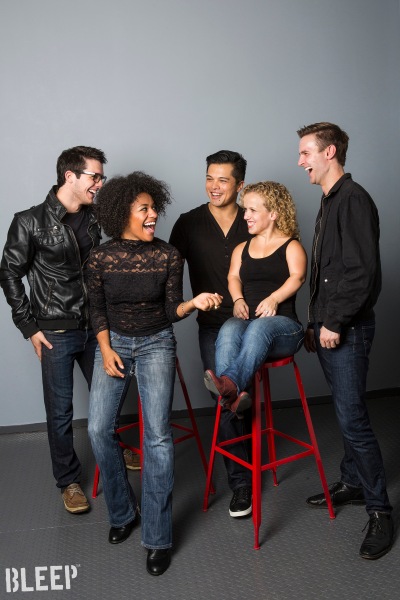 Ariana: When it’s done at its best, I think it’s really beautiful and immersive. The beauty of theatre is that people can learn by seeing. We Americans love films and love watching a movie. So when you come to a Broadway show, and you feel like you’re watching a movie, you are probably going to enjoy it.

Clay: I think if the right creative team is involved, it can soar. I look forward to seeing what people come up with from scratch.

Ariana: I think there are some really great up-and-coming composers and writers and with the deaths of Lauren of Bacall and Robin Williams, it’s not deaf on any of us that we are the future. Now we have to do it. It’s on us to be creative and keep pushing. We have some really great representatives in our community right now who are helping to forge the way. I think there’s also a generation behind us who is going to take us to the next level. I hope the people in power now, i.e. producers, have the wisdom to see that there is a new voice. If they are open and willing to listen to that voice, then I think Broadway is going to go in an incredible direction.

Jordanna: What I notice is that artists are sticking together and voicing the things we are passionate about and that’s a good thing.

Vincent: Exactly. And I see more diversity on Broadway now, and yes there are still a lot of shows that are based on movies, but I think the creative teams are working hard to make them better. The story is becoming more central and that’s what’s important.

Christopher: For every show that has been successful after the original cast has left the show, there are dozens and dozens that have failed financially. As we move ahead, I look forward to those long-running shows that provide work for actors and I look forward to new shows that are going to keep artists and audiences artistically fulfilled. 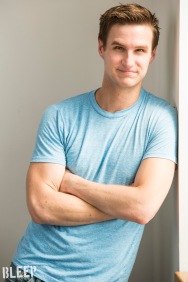 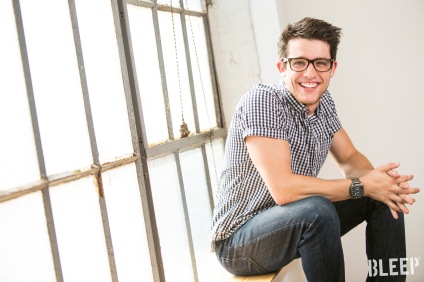 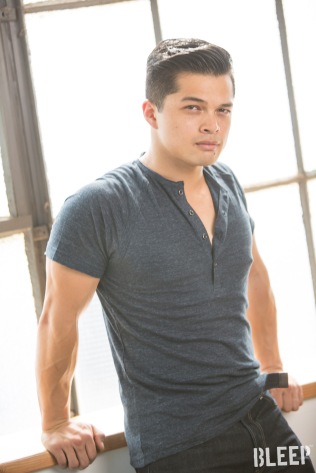 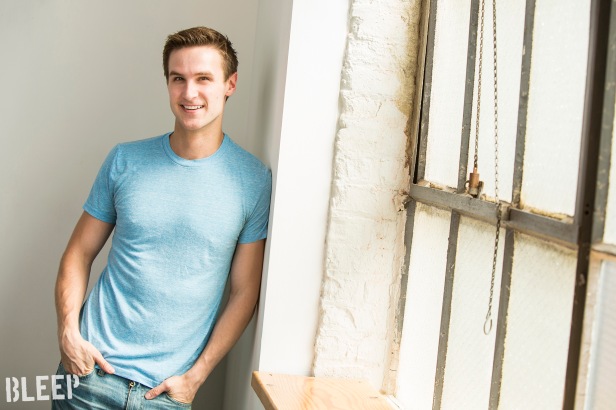 Check out the individual profiles in BLEEP here.