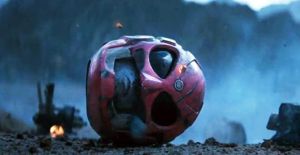 This wasn’t your typical fan-made trailer.

In February, celebrated director Joseph Kahn unleashed a 14 minute short called Power/Ranger. Imagine Mighty Morphin Power Rangers meets The Dark Knight. His vision of what the Rangers’ story would look like in a dark, near-apocalyptic world took the internet by storm as fans went crazy for the film. The film, of course, is not the precursor to a reboot of the same dark timbre (though most wish it was). Saban, the company that owns the Power Rangers franchise (and is also the company rebooting it for a 2016 return to the big screen) stepped in and pulled the video off all sites that it was posted on, claiming copyright infringement.

Kahn, disappointed with what Saban did, told Deadline.com “I hope they come to an awareness of how modern pop culture works. The audience will pay for the franchise, but they want to play with it as well. You can’t just dictate that these are the things you are going to watch in the way we want you to watch it. That’s not the way society works anymore. If you want the support of the modern fandom, you need to let them participate.”

It’s the internet and the film will find a way to resurface, everything always does, and thankfully this film did. Actually, we hope Saban is shaking in their boots that this short is better than their planned remake and it forces them to make some creative decisions now that they know an audience not only exists for the Rangers still, but what they want is something decidedly darker and more interesting than the 1993 technicolored TV show.