A lot has changed since we last talked with James Brown III. After being a part hit Broadway shows and appearing in both Peter Pan Live and The Wiz Live on NBC, he’s turned his attention to film and TV work, all while bringing Broadway’s biggest names to new light as the Creative Director and fashion editor of the Broadway Style Guide.

Coming from a fashion design background, how do you bring that into what you’re doing for the Style Guide?

My approach to designing clothes has always been from a storyteller perspective. I think because I’m an actor, I often think of characters and design from that place. For instance, I did a whole line based on the character of Cruella De Vil. To me, there’s a story with design. It’s the same thing when you’re creative directing a story. Especially since I’m working with actors, the easiest way I can work with them is to give them a story, let them know what we’re driving at and then it’s easy for them to do it.

How do you keep so many shoots from becoming business-as-usual?

I think that’s another great thing about working with actors. They’re connected to a show and that automatically gives you something fresh to think about and a new angle. It really is based on the person and that helps to keep it fresh.

Being a performer who has been in Broadway shows like Rocky, Memphis, The Little Mermaid and Wicked, how did you go from performing on stage to styling shoots for the Broadway Style Guide?

One of my producers from Ghost, Tony Marion, had a rough idea of Broadway Style Guide. Because I made a couple of the women’s dresses for opening night for Ghost, he knew I loved fashion and had gone to FIT. A few years later, he brought up this idea, we pulled in Nathan Johnson and John Vermeer and the four of us molded it until we launched last January.

You’ve now been doing Style Guide for a year. What has been the most rewarding part of the experience so far?

The most rewarding is getting to work with a lot of people I’ve worked with on stage or camera and work with them in a different way. It’s been rewarding to have people want to shoot with us. It’s nice that we are doing something different and people want to get dressed up.

We shot Kelli O’Hara before the Tonys and we released it just before the voting was finished. We sent her the pictures before we ran them and she sent us an email saying she saw the pictures in the car on the way to the Tony luncheon and she started crying because she’d never seen herself so beautiful. She said in everything she’s done, she’s never felt that beautiful. That was an amazing moment.

How are you juggling this with film and TV auditions?

It’s been nice to have full days. There are days when I go from an audition to a photo shoot to meeting with a manager. I love that. I love to always be busy and it’s nice to build relationships with actors and publicists and press reps and producers in a different way. That kind of networking is important to what we do and is a huge part of your career. Everything is feeding each part. 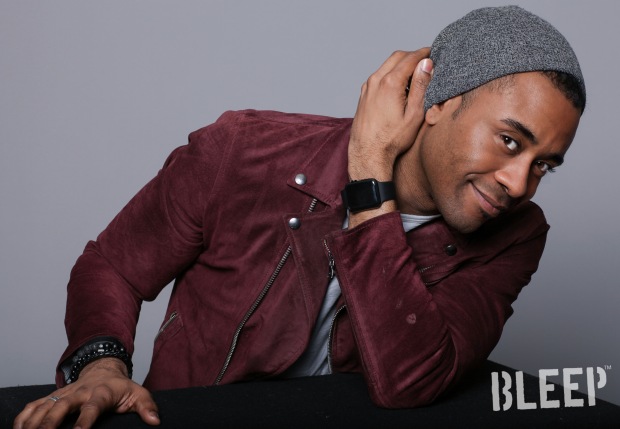